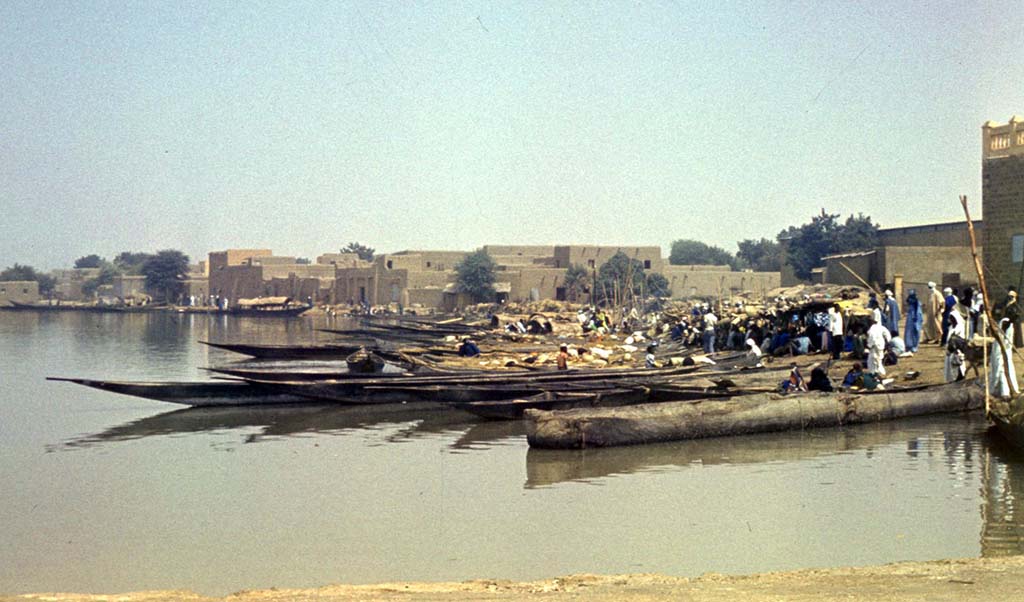 The city of Gao, situated near the north bend of the Niger River, served as the capital city of the Songhai state in West Africa from the 11th century until the fall of the Songhai Empire at the end of the 16th century.  Gao emerged as a powerful and wealthy political center located along the trans-Saharan trade routes and was a center for Islamic study in the 15th and 16th centuries.

Archaeological evidence, such as pot shards and beads, suggest the site of Gao had been inhabited since the 9th century.  The advantageous location of Gao along the Niger River provided abundant natural resources such as fish, a secure water source for irrigation and travel, and annual deposits of silt for fertile land. Recently archaeologists have found imported goods from North Africa dating to the 11th and 12th century which suggest stronger international commercial ties with the region, as well as earlier contact with Islam than previously assumed.

As Gao and the Songhai state grew in wealth and importance, the Mali Empire conquered it and made it a province around 1290.  In 1375, Gao rebelled and eventually the Songhai state broke away from the Mali Empire and developed into an empire in its own right.  From Gao, the military campaigns of Sunni Ali Ber, who ruled between 1464 and 1492, expanded and strengthened the Songhai Empire.  By conquering nomadic peoples, Sunni Ali secured tight control over the trade routes to the north and south.  The salt and gold trade which was the most lucrative commerce of the region during that time came under control of the Songhai Empire by 1500.

The walled Great Mosque Complex in the center of the city, which includes the Tomb of Emperor Askia Muhammad, testifies to the wealth and power of Gao and the Songhai Empire in the 15th and 16th century.  The emperor Askia Muhammad, the founder of the Askia dynasty, who ruled from 1493 to 1528, built the complex around 1510.  The Tomb is a large stepped pyramid constructed of mud bricks and mud plaster.  The wall surrounding the tomb includes a mud brick mosque with two prayer halls, one for men and one for women.  The two prayer halls house a double-niched mihrab, which is characteristic of Western African Islamic architecture.

From Gao, Askia Muhammad conquered former Malian lands in the West and established a provincial system to manage what would become the largest African empire of the 16th century. In addition to its commercial and political success, during the reign of Askia Muhammad, Gao became the religious and intellectual center of West Africa.

Gao exists today as a regional trade center in the modern nation of Mali.