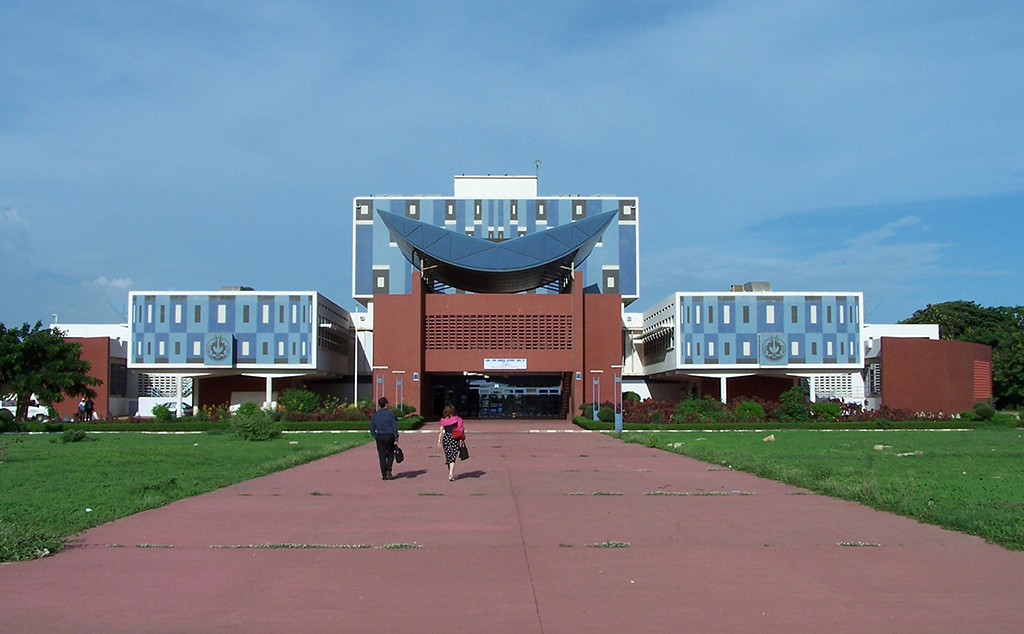 The UCAD has a relatively long history as it has evolved from the Ecole de Médecine de Dakar, a Medical School that was founded in 1918 by the French Colonial administration. A January 1918 decree led to the formation of the school mainly due to the need to train medical assistants to help colonial doctors. In 1936, the Institut Francais d’Afrique Noire (IFAN), a research center for African studies, was also created in Dakar.

In the 1950s, various schools of higher education were created in Dakar in connection with the University of Bordeaux, France.  These institutions and the Ecole de Médecine de Dakar were combined into the Institut des Hautes Etudes de Dakar (Dakar Institute of Higher Education) on February 24, 1957. Certificates in Physics, Chemistry and Biology were also provided as preparatory for the medical program.

The UCAD continued to grow in both the number of enrolled students and the programs offered.  In 1994, the Faculty of Economics and Management was created. In 2003, the University adopted the LMD reform, standing for Licence, Master, and Doctorate. The reform, which began in 1998, aimed to standardize college degrees throughout Europe on a scheme of three years for undergraduate, two years for Master, and three years for a doctorate.

There are today about 55,000 students and more than 2,000 faculty and staff at the University. There are six main faculties: Arts and Humanities; Economics and Management; Law and political sciences; Medecine; Pharmacy and Odonto-Stomachology; Sciences and Technology; Education and Teacher Training. The university campus also has various higher education schools, research institutes, and centers.