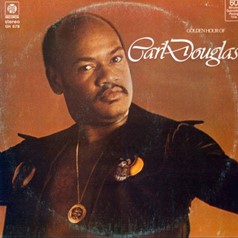 Pop singer, disco lyricist Carlton George “Carl,” Douglas was born on October 10, 1942, in Kingston, Jamaica. After the death of his grandmother, his family migrated to Tottenham in North London, England, when he was seven. There his youth was filled with playing soccer and singing.

In 1961 Douglas decided to study studio engineering and earned a Bachelor of Science degree from North East London Polytechnic in 1964. During this period, he also formed the Big Stampede group, which released two singles in Britain. He sang with another group, The Charmers, and freelanced in the 1960s London nightclub circuit.

Douglas first hit the United Kingdom (UK) charts in 1964 with the single “Crazy Feeling” that went to #21. The following year he recorded “Serving A Sentence For Life.” During the summer of 1966, Douglas, while visiting Mallorca, Spain, formed another band called the Explosions. He then returned to London and teamed up with Gonzales Band before becoming a vocalist for Pye Records, a British record label.

In 1972 Douglas worked on the film soundtrack Embassy with music producer and composer Appaiah Biddu. Two years later, Douglas created the lyrics for “Kung Fu Fighting” based his observation of two boys kickboxing on a London Street. Originally slated to the B side of “I Want to Give You My Everything, and recorded in in two takes in the last ten minutes of studio time, the song, released in 1974, rapidly and unexpectedly rose up the charts. It peaked at #1 on the United States (US) Billboard Hot 100 and did the same on the UK Singles Chart. It also peaked at #1 in Canada, Belgium, France, Germany, Ireland, Australia, New Zealand, and the Netherlands. “Kung Fu Fighting” sold 11 million copies globally thus being one of the best-selling singles of all time.

After the phenomenal success of “Kung Fu Fighting,” Douglas release two other disco singles, “Dance the Kung Fu,” (1974) which peaked at #35 and “Run Back” (1978). Then he disappeared from the music scene. By 1992 he had moved to Hamburg, Germany where he operated a publishing company that coordinates films, documentaries and worked with Schacht Musikverlage (SMV), an independent music publisher.

In 1998, Douglas reemerged on the music scene with the British dance act Bus Stop. It produced vocals on a new version of “Kung Fu Fighting” which peaked at #8 on the UK chart. The hit was performed by Douglass and Bus Stop in a rare live performance on New Year’s Day 2011 on the French television show of Patrick Sébastien.

Now 79 in 2021, Carl Douglas never again scored a hit on the U.S. charts. He remains however the first Jamaican-born vocalist to have a #1 single on the US Billboard pop charts and the Billboard Top 100.