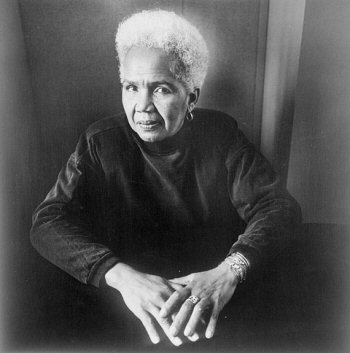 Rosemary Brown has the distinction of being the first black woman in Canada to be elected to public office.  She was elected to the British Columbia Legislative Assembly in 1972 and served in the provincial legislature until 1986. She was also the first woman to run for the leadership of a federal political party, finishing a close second in the New Democratic Party (NDP) leadership race in 1975.

Brown was born in Kingston, Jamaica on June 7, 1930 and came to Canada in 1951. She completed a Bachelor of Arts degree at McGill University in Montreal (Quebec) in 1955. Brown then studied social work at the University of British Columbia in Vancouver, completing a Master’s degree in 1965. She was known as a dynamic social activist, a writer, and a feminist as well as a politician.

Brown was active in several organizations including the British Columbia Council of Black Women and the National Black Coalition of Canada. She worked with the Vancouver Children’s Aid Society, Simon Fraser University’s counselling service, and developed a volunteer-driven counselling outreach program. Brown was also a founding member of the Vancouver Status of Women Council and helped train volunteers for the Vancouver Crisis Centre.

Brown was elected to the legislative assembly on August 30, 1972, the same date that Emery Barnes, a former African American won his assembly seat.  Brown and Barnes were part of a political coalition that formed the first social democratic government in British Columbia.  Brown and Barnes were also the first black people to hold public office in British Columbia since 1866 when Mifflin Wistar Gibbs was elected to a seat on the Victoria City Council.

Brown, whose political platform incorporated both socialist and feminist positions, was re-elected to the legislative assembly in 1979 and 1983.  While in office as a member of the NDP government, she sponsored legislation which created a provincial committee to eliminate sexism in textbooks and educational curricula. She was also instrumental in establishing the Berger Commission on the Family, and in introducing legislation which would prohibit discrimination on the basis of sex or marital status. Her efforts contributed directly to an increase in the number of women represented on boards, commissions, and directorates throughout British Columbia.

Brown remained an effective and popular representative for her Vancouver district until 1986, when she left politics to become a professor of Women’s Studies at Simon Fraser University in Vancouver.

In her lifetime Rosemary Brown received a number of Canadian and international awards for her years of service. In 1973 she was awarded a Human Rights Fellowship by the United Nations. She also received the National Coalition of Canada Award and the Black Historical and Cultural Society of British Columbia award in 1984. In 1995 she was named an officer of the Order of British Columbia, and in 1996 the Order of Canada. Brown also held an Honorary Doctorate of Humane Letters from Mount St. Vincent University in Nova Scotia.  Rosemary Brown died at her home in Vancouver on April 26, 2003.  She was 72 at the time of her death.