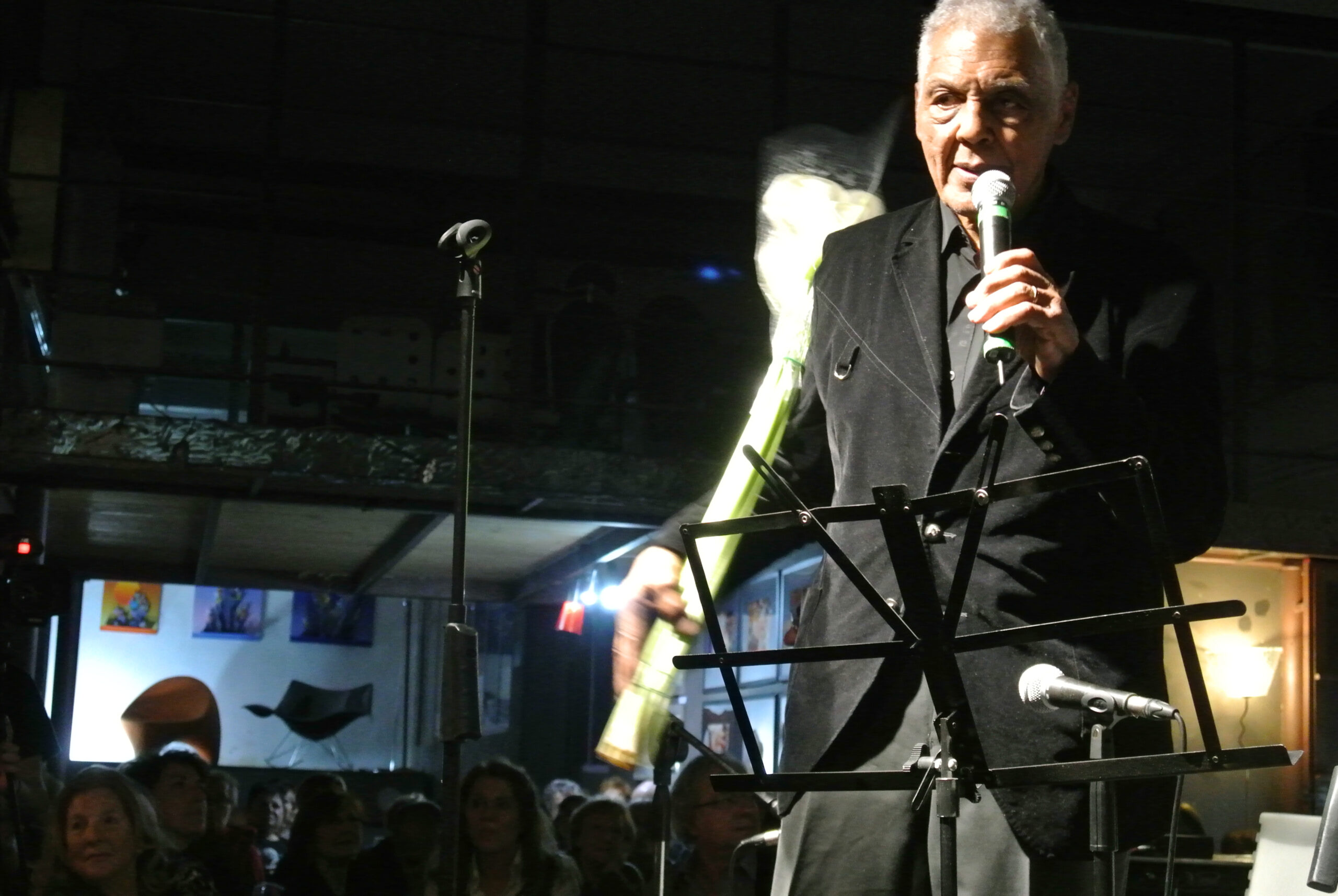 Expatriate former athlete, actor, entrepreneur, and entertainer Harold Willard Bradley Jr. was born on October 13, 1929 in Chicago, Illinois.  Raised in a racially diverse middle class neighborhood, his father, Harold Sr., had been one of the early African American professional football players prior to working as a mail carrier, and his mother, Patty, was a dietician.  In high school, Bradley showed promise as both an artist and an athlete, winning national competitions with his paintings and playing football.  Like his father, he too played outstanding football at the University of Iowa, graduating in 1951 with a degree in fine arts, and a upon completing his military obligation in the Marine Corps, commenced his professional football career in 1954 with the Cleveland Browns, a team that achieved two league championships while he was with them.

On his first visit to Europe in 1956, Bradley was impressed with the people and culture of Italy, especially the artistic community and nightclub scene in Rome, and began seriously considering relocating abroad.  By 1959 he had played his last game for the Philadelphia, Pennsylvania Eagles and was in Italy studying at L’Università per Stranieri di Perugia (the University for Foreigners in Perugia).  In an old Trastevere section of Rome, Bradley set up his art studio at 58 Via Garibaldi and in 1962 transformed this location into a night club called Folkstudio which eventually became a popular venue, attracting premier folk singers like Americans Bob Dylan and Pete Seeger, the Trinidad Steel Band, and the illustrious Italian Giovanna Marini.  Bradley himself regularly sang gospel and spirituals and routinely encouraged audience participation.

As a sideline to help make ends meet, Bradley worked as an actor—first in Italian movies starting with La tragica notti di Assisi (The Tragic Night of Assisi, 1960), and then in several British, American, and joint European productions that stretched over five decades.  He had dozens of bit parts as servants, gladiators, and slaves, most notably in Barabbas (1961); Cleopatra (1963); The Fall of The Roman Empire (1964); and Sette contro tutti (Seven Against All, 1965) and Giorni della violenza (Days of Violence, 1967) in which he had more substantial supporting roles.  He also appeared in several Italian television drama series.  Other African Americans working in the Italian motion picture industry in this period were Vanoye Aikens, Lola Falana, and John Kitzmiller.

A steady paycheck working for the Arts Council of Illinois, the University of Illinois, and the Illinois Board of Education kept Bradley in the United States from 1968 to 1987.  During this 19-year stint he had roles in the Italian movie The Inheritance (1976) and in four episodes of the American Western television series The Chisholms in 1979.  He also hosted public affairs shows on educational and commercial television.  When he returned to Rome in 1987 to celebrate the 25th anniversary of the founding of Folkstudio, he decided to reside there permanently and to resume painting, singing, and acting.

YouTube videos show Bradley participating in a 2008 Barack Obama for President Rally in Rome and speaking to a crowd at the 50th anniversary of the founding of Folkstudio in 2012.  Bradley has been married since 1960 to German-born Hannalore Zacharias, a union that produced two daughters, Michaela and Lea, and a son, Oliver, a communications consultant who lives in Berlin.