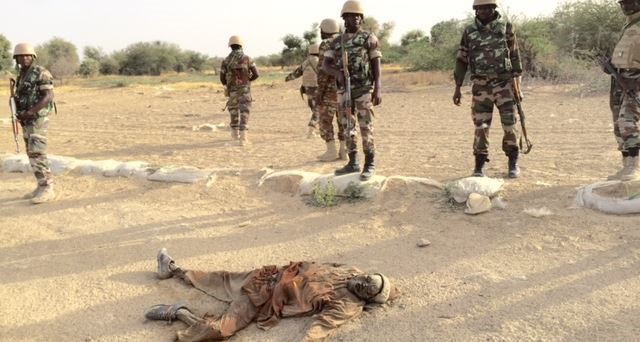 Nigerian militant Islamist group Boko Haram was founded by Mohammed Yusuf in the north-eastern city of Maiduguri in 2002.The official Arabic name of the group is Jama’atu Ahlis Sunna Lidda’awati wal-Jihad, which means “People Committed to the Propagation of the Prophet’s Teachings and Jihad.” However, residents of Maiduguri came to call the group Boko Haram which loosely translates to “Western education is forbidden” in Hausa, the regional language.

Like many conflicts in Africa, the legacy of European colonialism played a central role in the development of the resentment that helped establish Boko Haram. The Sokoto Caliphate, an Islamic spiritual community founded in 1804 by Uthman dan Fodio, was a political, economic and cultural center of the region that is now northern Nigeria. At its height in the mid-1800s the Caliphate, which stretched over 1,000 miles from what is now Burkina Faso to northern Cameroon, became the most populous empire in West Africa, and balanced military might with scholarship and cultural development. The result was extended period of peace and prosperity that was rare for West Africa during this period.

In 1903 French and British colonial forces conquered the Sokoto Caliphate, with Great Britain taking control of 80% of the Empire. From the start of colonial rule some Muslims, particularly in the northern part of the country, resented and resisted the Western education imposed on them by the British. When Nigeria gained independence on October 1, 1960, its northern Muslim leaders continued to distrust western educated southern Christian political leaders. The country’s first 40 years of independence were primarily defined by numerous bloody coups, military rule, civil war, and humanitarian crises.  During the entire period, however, Muslim-Christian tensions continued to simmer.

Although democracy began to take hold in Nigeria in 1999, chronic poverty continued to wrack the northern part of the country. Three years later in 2002 a Muslim cleric named Mohammed Yusuf formed Boko Haram in Maiduguri. The organization’s compound housed a mosque and an Islamic school which attracted students, many of them poor, from across Nigeria. Boko Haram’s political goal was to create an independent Islamic state, by any means necessary.

In 2009 Boko Haram launched its insurgency by carrying out a series of attacks on government buildings and police stations in Maiduguri. Nigerian army forces soon tracked and killed Mohammed Yusuf, showing his body on state television and claiming victory over Boko Haram. Abubakar Shekau quickly succeeded Yusuf.  Under Shekau’s leadership, Boko Haram intensified its insurgency in the north and central parts of the country and declared jihad on Christians, the Nigerian state, and Muslims who disagreed with them. Originally using gunmen on motorcycles to kill politicians, police, or critics, the group moved on to bombing bars, military facilities, churches, and bus stations. Amid escalating violence, including an attack on United Nations headquarters in the capital city of Abuja, Nigerian President Goodluck Jonathan declared a state of emergency in May 2013. The following November Boko Haram was designated a terrorist organization by the United States.

Boko Haram’s membership has continued to increase as the group has attracted international attention. In addition to unrelenting deadly attacks, the group’s crusade against Western education has led to several high profile raids, including an April 2014 assault on a boarding school in which 200 schoolgirls were abducted, a move which generated international condemnation including a so far unsuccessful social media campaign designed to bring pressure on the Nigerian government to return the girls and defeat this insurgency.