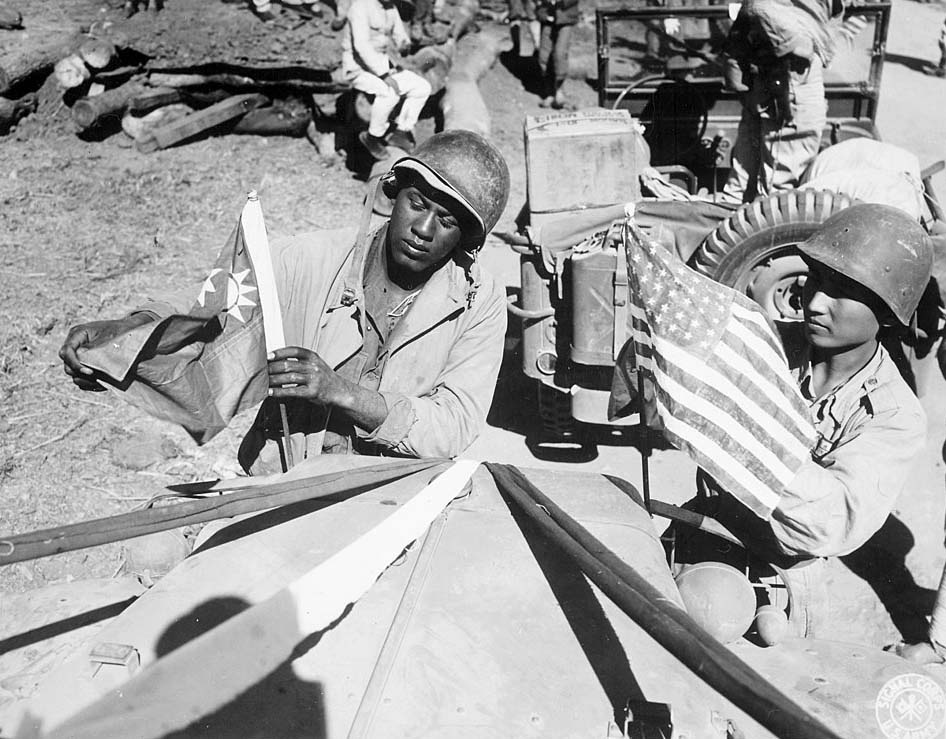 The Ledo Road, which was later renamed The Stillwell Road in honor of Army General Joseph W. Stillwell, the commander of the China–Burma–India Theater in World War II, was built during World War II in response to the Japanese Army’s capture of the Burma Road, the main route for Allied military supplies between India and China. Without a land route the Allies were forced to fly supplies to the Chinese over the Himalayan Mountains. The 271 mile Ledo Road ran from Ledo, India to a junction on the old Burma Road at Shingbwiyang, Burma. The Ledo Road is considered a wartime engineering miracle due to the obstacles that were presented. Six African-American companies, a headquarters, service, and four combat engineer units, did most of the construction. The United States spent around $149 million dollars to build the road.

In December of 1942 construction of the road began in Ledo, India, with over 15,000 American troops.  More than 60 percent of them were African American. There were also 35,000 local Indian, Burmese, and Chinese workers. Gorges, jungles, mountains, mud, rivers, and swamps covered much of the land that needed to be worked on. The road crossed the Patkai Mountains through passes that were sometimes as high as 4,500 feet.

Black soldiers working on the road were given second-hand equipment such as shovels, picks, and bulldozers that needed repairs. They also worked seven days a week both nights and days. During the five-month monsoon season an average of 140 inches of rain fell and the heat sweltered. Overall 1,133 American soldiers died, many of them from equipment accidents, malaria, typhus, or combat. The Ledo Road was finished in January 1945 and the first trucks from India reached Yunnan, China on January 28, 1945.  The Road’s importance was diminished because World War II ended in August. Also at the time the soldiers received no recognition in the United States for their labor in Asia.

Besides terrible conditions black soldiers were also subjected to racial discrimination common at the time. On their journey from the United States, African Americans were forced to bunk in the lowest levels of the hull of the transport ships and often had to shower with sea water. Their meals on the Pacific Ocean voyages consisted of hardtack, beans, and cold pork which were of considerably less quality than the rations supplied to white soldiers and officers on the same vessels.

The African American soldiers who had helped build the Ledo Road in World War II were finally honored in February 2004 when representatives of the U.S. Department of Defense marked African American History Month at Florida A&M University in Tallahassee, Florida by publicly recognizing the survivors and their efforts in India and Burma.