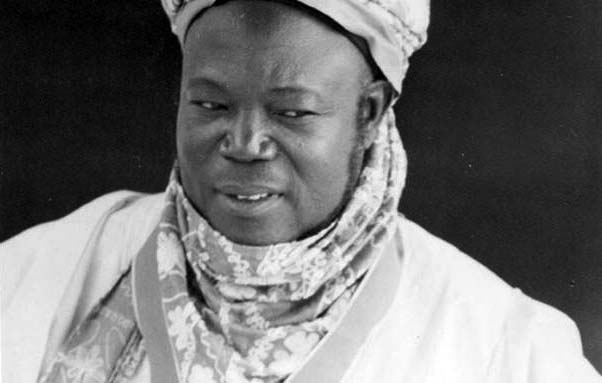 Alhaji (Sir) Ahmadu Bello was the Sardauna of Sokoto and leader of Nigeria’s northern region during the last years of British rule and early independence.  He was brutally murdered at his home during a 1966 coup d’état, one in a series of events characterizing Nigeria’s political instability.

Bello was born in the northwestern Nigerian city of Sokoto in 1910 into the family of a leading Islamic reformer.  After schooling and at the age of 23, Bello began his political career by seeking the post of Sultan of Sokoto.  Unsuccessful, he became the political leader of the Rabah District in northern Nigeria. During the 1940s Bello helped establish the Jammiyyar Mutanen Arewa, which later became the Northern Peoples’ Congress (NPC) in 1951. He soon became president general of the NPC and minister of local government, works, and community development. Bello was appointed the first premier of northern Nigeria in 1954.

Unlike other Nigerian political leaders who envisioned a single, united nation after independence from the British, Bello saw his primary mission as protecting the interests of the people of northern Nigeria.  He soon found himself in opposition with Nigerian nationalists from the southern regions.  Bello, however, never sought leadership over all of Nigeria. He found fulfillment in his position as leader of the northern region and president general of the NPC, which at the time was the largest political party in Nigeria. Bello was made a Knight of the British Empire by Queen Elizabeth II of England in 1959.

The importance of Bello in Nigeria’s political history can be seen in his leadership in the NPC.  He understood northerners’ concerns about domination by southern Nigerian politicians and seemed reluctant to embrace independence for that reason.  He also recognized its inevitability and worked to insure that the predominately Muslim north would not be excluded from various government development projects.  He sponsored the Bank of the North, the Northern Nigerian Development Company, and founded the Ahmadu Bello University.  But his belief that the Sardauna of Sokoto was the most powerful politician in the nation, even more powerful than the prime minister, led a group of army officers headed by Major Chukwuma Nzeogwu to attack Bello’s residence in Kaduna in a coup d’état. Sir Ahmadu Bello was brutally murdered during that attack on January 15, 1966.