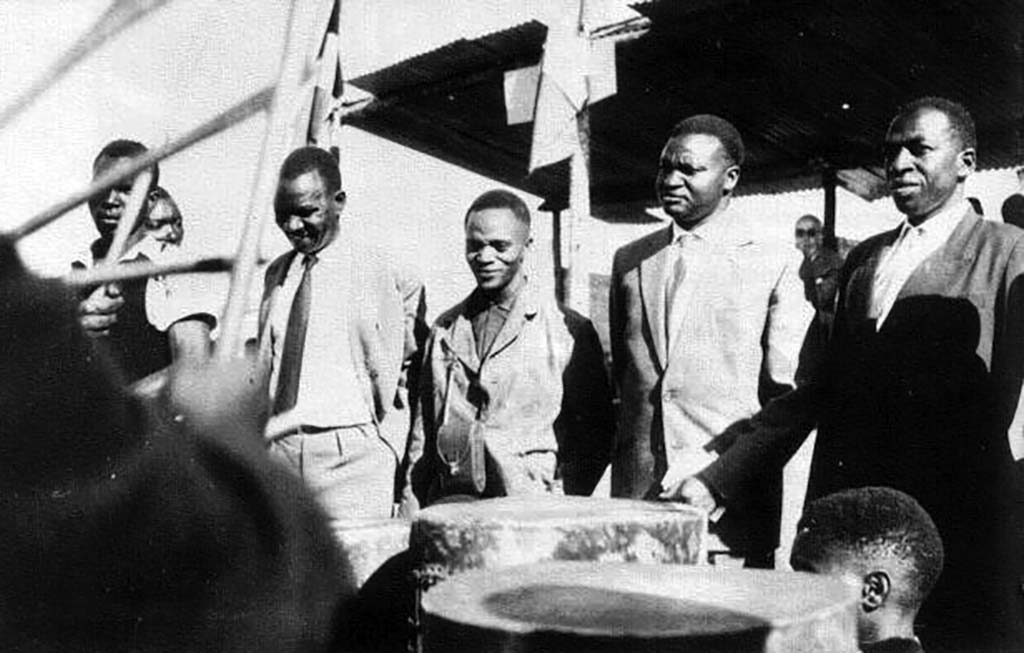 Declaration of the Republic, January 28, 1961
Fair use image

The Bahutu Manifesto, drafted by nine Rwandan Hutu intellectuals in 1957, was a political document that called for Hutu ethnic and political solidarity, as well as the political disfranchisement of the Tutsi people. It served as the political pretext for the Rwandan Genocide of 1994. Underscoring the need for Hutu self-preservation amid decades of discrimination by Tutsis, the document denounced the privileged status afforded to the Tutsi minority under the German and Belgian colonial regimes.

On July 1, 1962, Rwanda was granted independence from Belgium. Up until this time, the Tutsi minority was favored by both the German colonial regime (1894-1919) and the Belgian colonial regime (1919-1962), both of which granted de facto rule to the Tutsi monarchy in exchange for recognition of their authority. Believing that the lighter-skinned Tutsi people were racially superior to the Hutu, the German and Belgian regimes greatly exaggerated the preexisting occupational and socioeconomic divisions existing between the two groups.

Decades of Tutsi favoritism notwithstanding, prior to granting independence to Rwanda, Belgium realized that it would need to incorporate the Hutu majority into the government to sustain its economically advantageous post-colonial relations with Rwanda. Consequently some Hutu were groomed for a leadership position in the soon-to-be-independent government. Fearing reprisals by the Hutu politicians and army personnel, many Tutsi fled Rwanda.

Many Hutu felt that, as the overwhelming majority of the colony’s residents (84%), they should politically dominate the country. As a result, much anti-Tutsi sentiment and talk of retribution began to sweep across the Hutu intellectual class. The result was the Bahutu Manifesto, a document that called for the political disfranchisement of the Tutsi and banned intermarriage between the two groups. The Manifesto also called for the banning of the Tutsi from military service.

In 1959 Hutu political leaders overthrew the Tutsi monarchy with the aid of the Belgian authorities. Though the monarchy offered little resistance, the growing interethnic tension reflected in the Bahutu Manifesto led to the massacre of thousands of Tutsis. Some 130,000 others also fled to neighboring countries. This violence exacerbated ethnic tensions, undermined Rwandan political stability, and set the stage for the Rwandan Genocide of 1994.