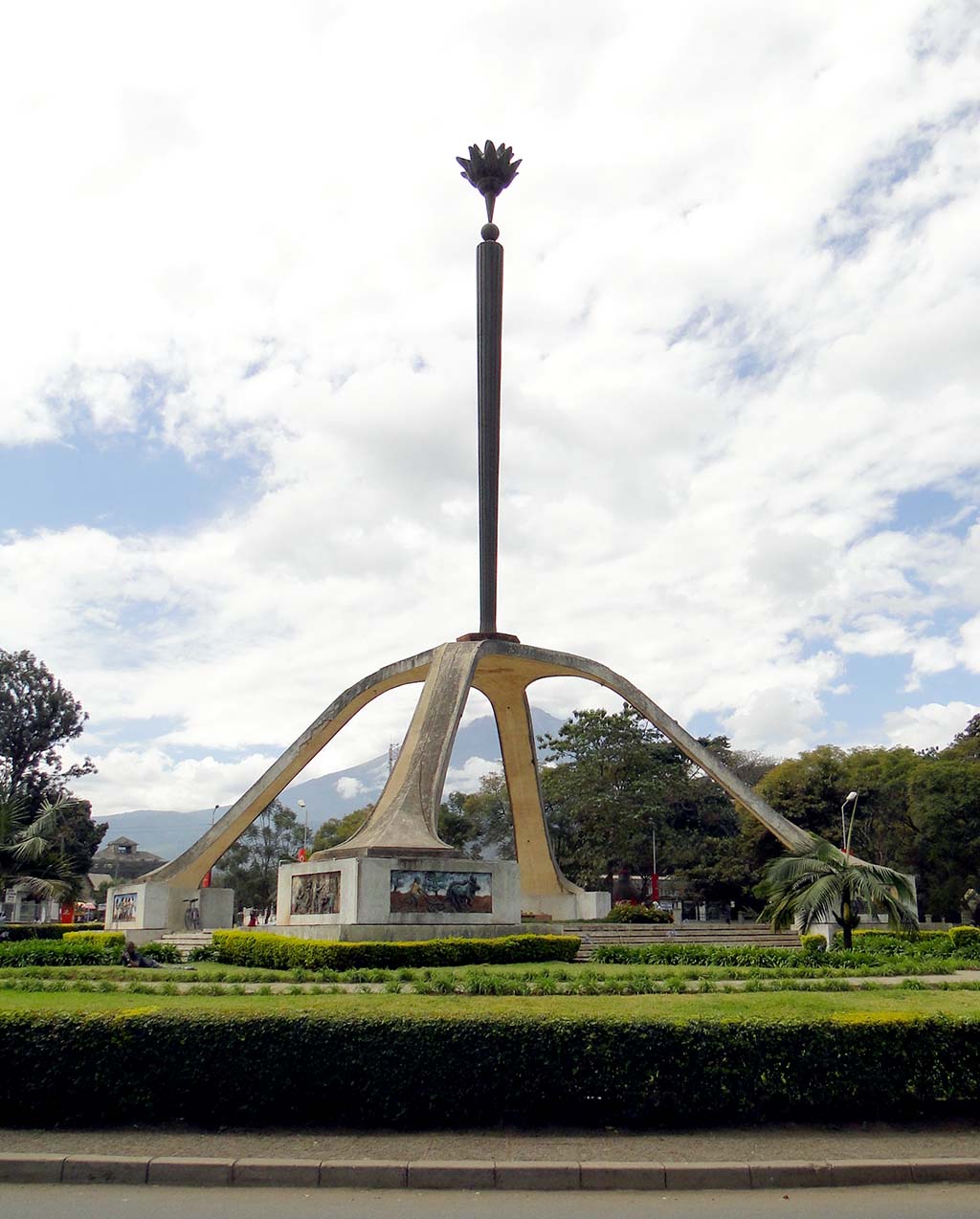 The Arusha Declaration, which was passed on January 29, 1967, summarized Tanzania’s commitment to socialism and the significant role that it was to play in the country’s development.

The document was originally written by Julius K. Nyerere, who served as the first president of Tanzania between 1964 and 1985. The Tanganyika African National Union (TANU), the major political party before and after independence, also helped establish the principles which guided the Declaration. TANU’s leaders, who were mostly civil servants, teachers, farmers, or traders, welcomed the statement.  In fact there were few capitalists in Tanzania in the early 1960s to challenge the document supporting a socialist model of economic development.

This declaration emphasized self-reliance, frugality, and self-denial.  It stated that everyone in the state, whatever his or her actual occupation, was a worker and that all means of production would be nationalized for the people. The concept of Ujamaa was the centerpiece of the social and economic development program.  Here groups of village families worked together on communal farms for the common good.  The Declaration also included a Leadership Code to promote equality among all Tanzania citizens. This code was one of numerous attempts to prevent party leaders and well-to-do individuals from forming privileged, exploitative groups.    The Arusha Declaration as a whole sought to reduce the income inequality among all citizens and shift development efforts towards rural areas.  It argued that the country was involved in a war against poverty and oppression.

In addition to aiming for a self-sustaining economy, it reformed the education system.  The three significant changes that it made, were putting more emphasis on primary education rather than secondary education, commending practical knowledge more than book knowledge, and gearing education more towards agricultural skills.

The Arusha Declaration is one of the most important political and economic decrees in Tanzania’s history.  It formally outlined how resources for development can be mobilized.  All of these changes, motivated by the declaration, were aimed at creating a more self-reliant society.

Because the declaration emphasized the simultaneous act of increasing the extraction of domestic resources while distributing goods and services in a more equal fashion, it called for harder work from all the citizens across the nation.  The shift from relying on capital to relying on human resources depended on the state’s assumption that all workers would respond to their call for ‘harder work.’

Despite its intentions, the Declaration did not generate the expected development and in fact increased bribery and collection as state monopolies, created by the nationalization of the economy, grew more powerful.  By the early 1970s, many Tanzanian farmers resisted the seizure of their lands by government cooperatives. When Operation Dodoma in 1974 called for the collectivization of all farming in the country, many of the farmers resisted.  The Arusha Declaration was abandoned by the Tanzanian government in 1975.