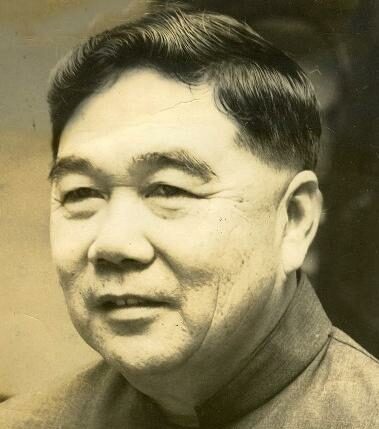 Arthur Chung was the first President of Guyana from 1970 to 1980. He was the first ethnic Chinese (Hakka) head of state in a non-Asian country. During his time as President of Guyana, the office was that of a ceremonial Head of State, with actual power in the hands of Prime Minister Forbes Burnham. He was awarded Guyana’s highest national honor, the Order of Excellence (OE).

Raymond Arthur Chung was born on January 10, 1918, at Windsor Forest, West Coast Demerara in Guyana. He was the youngest of the eight children of Joseph and Lucy Chung. He attended Windsor Forest and Blankenburg Primary Schools before going to the Modern High School of Mr. J. I. Ramphal (the father of the Attorney General). In 1938, Chung graduated from Modern High School and entered the service of the Ministry of Lands and Mines as an apprentice surveyor.

In 1940, he qualified as a sworn surveyor and then became an employee of the Department of Public Works, where he remained for six months. He was then recalled by the Ministry of Lands and Mines to work as deputy hydrographic surveyor for the Demerara River Navigation Development Project, which at the time was engaged in dredging the Demerara River. After the Second World War, he left British Guiana in May 1945 and moved to London.

In 1947, he qualified as a barrister and then worked as an Assistant Legal Examiner in the British Civil Service and later joined the firm of the British barrister Maurice Shear. In October 1948, Arthur Chung returned to British Guiana where he joined the local bar and practiced law. In 1953, Arthur Chung was appointed Deputy Magistrate for the West Demerara and Essequibo Judicial Districts. In 1961, Chung left the Magistrate’s Court to serve as Registrar of the Supreme Court and in 1962, he was appointed a Justice of the Supreme Court. He once made history when he broke with a 78-year-old practice by ruling that the Director of Public Prosecutions has no power to compel a judge to convict.

Chung became President of Guyana in 1970. During his presidency, on June 27, 1972, Guyana became the first English-speaking country in the Caribbean to establish diplomatic relations with the People’s Republic of China. In 1977, President Chung visited China and met with Hua Guofeng, the Chinese Prime Minister.

Arthur Chung died at the age of 90 on June 23, 2008, at his home in Bel Air Springs, Georgetown, Guyana. He had been hospitalized several times in the two months before his death and was last discharged from the hospital on June 20. He was married to Doreen Pamela Chung in 1954.

In 2015, the Guyana International Conference Centre (GICC) was renamed the Arthur Chung Convention Centre. On that occasion, newly elected President David A. Granger stated, “I want this country’s first president to be remembered … this is the 45th anniversary of the founding of the Republic and Mr. Chung was the first person of Chinese descent to be president of a non-Asian country and that was historic.” After a renovation, the Arthur Chung Convention Centre reopened in June 2018.