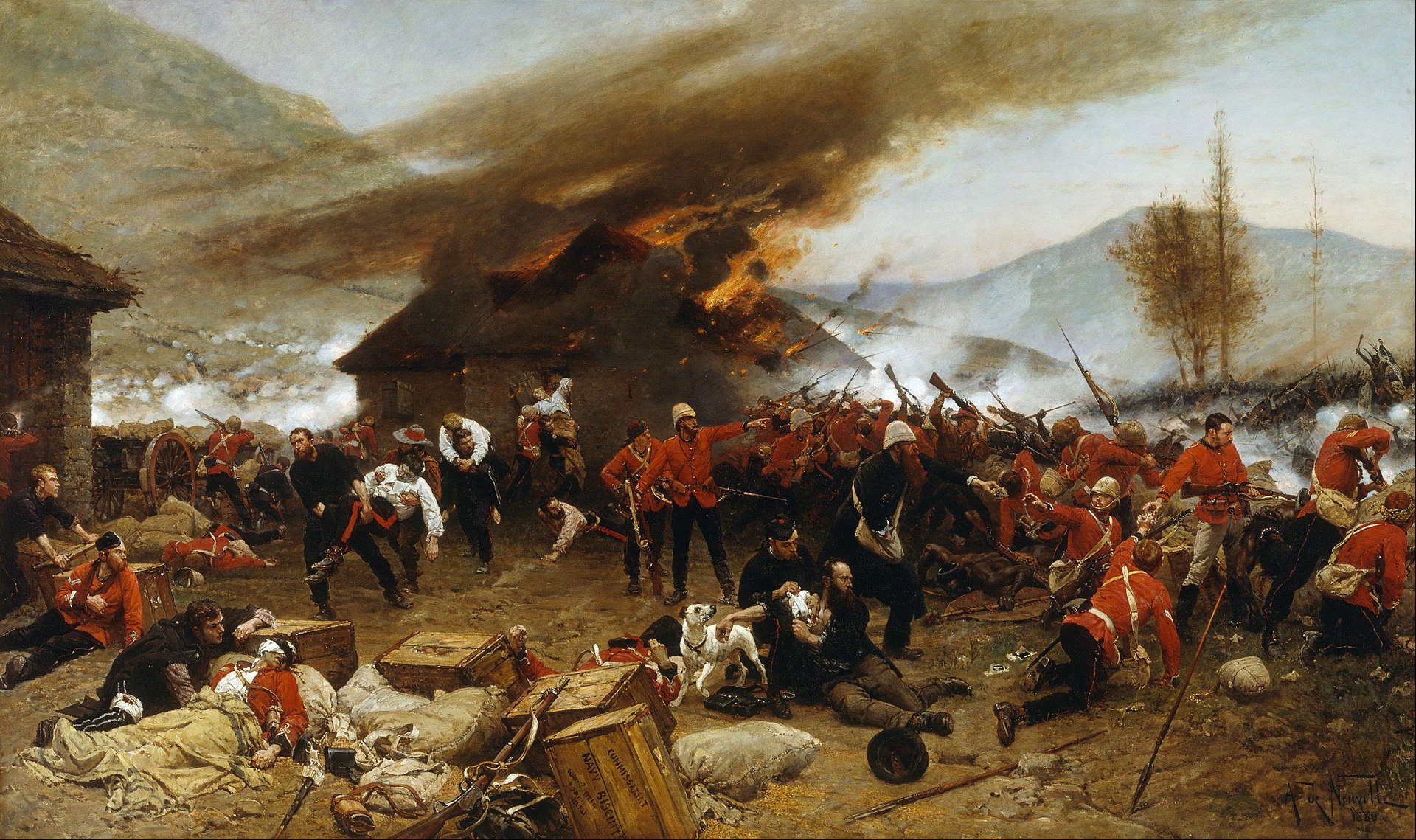 The Anglo-Zulu War was a conflict between the British Empire and the Zulu Kingdom from January 11, 1879, to July 4, 1879, in South Africa. The background of the battle began with the British having interest in Zululand. They specifically wanted the Zulu population to provide labor in the diamond fields of South Africa.  They also wanted to create a South African federation in the region that included Zululand, and they wanted to settle Boer land claims in the region that included territory held by the Zulus.

Cetshwayo, the Zulu Kingdom king Cetshwayo refused to submit to British control and instead organized an army of nearly 60,000 men. In December 1878, Sir Bartle Frere, the British High Commissioner of South Africa, issued an ultimatum to Cetshwayo demanding the Zulus dismantle their military system within 30 days and pay reparations for alleged insults.

When the ultimatum was refused, in January 1879, the British troops under the leadership of Lord Chelmsford marched on Zululand. On January 12, 1879, an early skirmish took place at Sihayo’s Kraal with British forces led by Lord Chelmsford and the Zulus led by Mkumbikazulu kaSihayo. KaSihayo was killed in the battle, resulting in a British victory.

On January 22, the British and Zulu met at what would be known as the Battle of Isandlwana. The British Army, comprising 1,800 troops, while the Zulu Army, some 20,000 strong, was led by Ntshingwayo Khoza. Despite the British having superior military resources, they face a humiliating defeat at the hands of the Zulus that some military authorities likened to the defeat of General George Armstrong Custer at the Battle of the Little Big Horn River in Montana Territory, USA, in 1876.

After the Battle of Ulundi, the Zulu army dispersed, and Cetshwayo became a fugitive. Cetshwayo would be captured on August 28, 1879, and sent to Cape Town, South Africa. Zululand meanwhile would be incorporated into the British Empire.

In 1964, the Anglo-Zulu War was portrayed on film for the first time and starred British actors Stanley Baker and Jack Hawkins. That film depicted the events at the Battle of Rorke’s Draft. In 1979, the film Zulu Dawn was released, which describes the events of the Battle of Isandlwana.