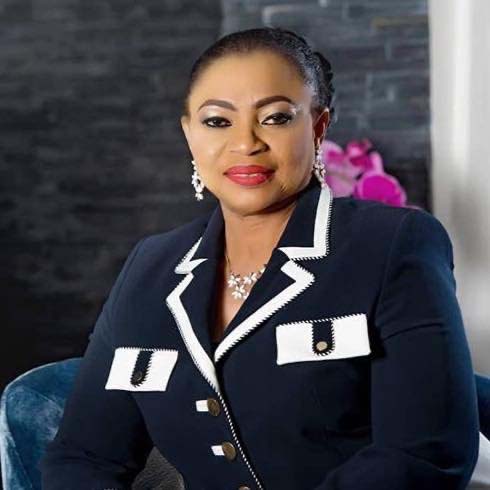 Folorunso Alakija is a Nigerian businesswoman who is involved in various industries such as fashion, oil, and printing. She is best known for being one of the richest black women in the world.

Alakija was born in Ikorodu, Lagos State on July 15, 1951. She was from a sizable family due to her father, Chief L.A. Ogbara, having been married eight times and fathering 52 children. Alakija was his second surviving child and her mother, a fabric merchant, was his first wife. At the age of seven Alakija and her younger sister Doyin were sent to study abroad at Dinorben school for Girls in Northern Wales. The pair of sisters attended the school for four years before they returned to Nigeria at the request of their parents, who did not want the girls’ African values, tradition, and culture to be lost. Alakija continued her studies at Muslim High School in Sagamu, Ogun State, Nigeria. She then ventured abroad again, this time to Pitman’s Central College in London to pursue an education in secretarial studies.

In 1974 Alakija began working in Lagos, Nigeria, as an executive secretary and later worked at FinBank, formerly known as the First National Bank of Chicago, for a number of years. She changed career paths in 1984 and studied fashion design in the United Kingdom for one year. Upon returning to Nigeria, Alakija established Supreme Stitches, her fashion house, in a three-bedroom apartment in Surulere, Lagos. Within a year, she was one of the best designers in the country and became recognized for endorsing Nigerian culture through her works and clothing.

Alakija expanded her business interests and applied for the allocation of an oil prospecting license (OPL) in May 1993. Her company, Famfa Limited, was eventually granted the license to explore for oil on a 617,000-acre block, now known as OPL 216, located 220 miles southeast of Lagos and 70 miles off the shore of Nigeria in the Agbami Field of the central Niger Delta. Alakija entered into a joint venture agreement with Star Deep Water Petroleum, a subsidiary of Texaco, in September 1996 and appointed the company as a technical advisor for the exploration of the license. Some 40 percent of her 100 percent stake was transferred to Star Deep. Over time her 60 percent share of the profits contributed to her vast wealth. As of March 2018, her net worth was valued at $1.7 billion and she is the third richest billionaire in Nigeria.

Alakija has been married to Modupe Alakija, a lawyer, since 1976, and the couple raised four boys together. The family resides in Lagos, and her children are involved in the family businesses. Aside from her many business ventures, Alakija is also known for her philanthropic work through Rose of Sharon Foundation, which she started in May 2008. The organization assists orphans and widows by empowering them through business grants and scholarships. On July 1, 2013 Alakija was appointed as the vice chairman of the Nigerian National Heritage Council and Endowment for the Arts.