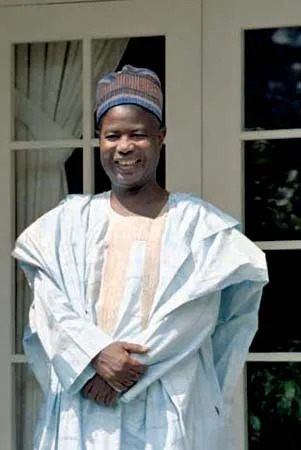 Ahmadou Ahidjo was the first president of Cameroon. Ahidjo was born on August 24, 1924, at Garoua in northern Cameroon, which was a French colony at the time. His father was a local Fulani chief. He was raised as a Muslim and was sent to a Quranic school as a child. In 1932, Ahidjo began attending a local government primary school. He failed his first school certification examination in 1938 and then worked for a few months in the veterinary service. He returned to school and passed the certification examination which allowed him to attend secondary school. Ahidjo attended Ecole Primaire Supérieur in Yaoundé, the capital of Cameroon, as he prepared for a career in the colonial civil service. His first job was as a radio operator for the postal service. Ahidjo was the first person from the northern part of Cameroon to work in the civil service in the south of Cameroon.

In 1946, Ahidjo entered local politics. From 1953 to 1957, he was a member of the territorial Assembly. He served as president of the Assembly beginning in 1957. In February 1958, Ahidjo became prime minister at the age of thirty-four and began negotiating with France to gain independence for Cameroon. It was agreed that Cameroon would become independent on January 1, 1960. 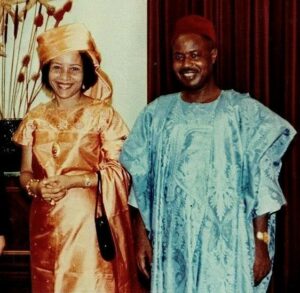 Ahidjo became the first president of independent Cameroon. He continued Cameroon’s close ties with France, but he also turned his attention to uniting his country with the smaller colony of British Cameroon (which had been separated from the German colony of Cameroon after World War I). The UN agreed on an integration and reunification plebiscite. The plebiscite resulted in the northern area of  British Cameroon voting to join Nigeria and the southern area voting to unite with the rest of Cameroon. Ahidjo worked with the premier of the Anglophone Cameroon throughout the process of integrating the two parts of Cameroon into a united nation. On October 1, 1961, the two separate Cameroons were merged, establishing the Federal Republic of Cameroon with Ahidjo as president.

As president, Ahidjo created a one-party state. He was committed to Pan-African ideals and African socialism but was not considered a radical compared to other African leaders who espoused socialism. He maintained close ties with the French state and with Western, democratic countries. 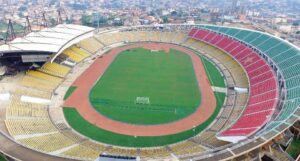 On November 4, 1982, Ahidjo resigned as president of Cameroon (retaining leadership of his political party) due to exhaustion and other health related issues. His vice-president, Paul Biya, was sworn in as president on November 6. Unlike the Muslim northerner Ahidjo, Biya was a Christian from the south of Cameroon. As vice-president Biya had been a faithful follower but as president he began to assert his control over the government by gradually replacing Ahidjo’s ministers and officials with people loyal to him. In July 1983, their differences became so great that Ahidjo fled to France. In August, the government claimed Ahidjo supporters were behind an attempted coup. Ahidjo was tried in abstenia and sentenced to death (which was later commuted to life imprisonment). A second violent, but unsuccessful coup attempt, allegedly by Ahidjo supporters in April 1984, was suppressed by the armed forces. Ahidjo spent his remaining years in exile in Senegal and France. He died in Dakar, Senegal on November 30, 1989 at the age of 65.