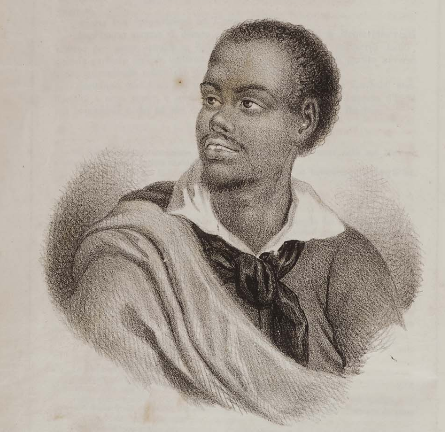 The heroic soldier and trusted personal assistant of the revered Italian revolutionary Giuseppe Garibaldi was a man of African descent nicknamed Andrea il Moro (Andrew the Moor), but born into slavery as Andrea Aguyar in Montevideo, Uruguay. His exact birth date and parents are unknown. One major consequence of the Uruguayan Civil War pitting liberal Colorados against conservative Blancos was the abolition of slavery in Uruguay in 1842. Known in Uruguay as “Guerra Grande,” the conflict was joined by the recently arrived Garibaldi, then an expatriate exile with military experience, who likely came to know Aguyar as one of the 5,000 black defenders of Montevideo against forces led by Blancos leader Manuel Uribe.

With the end of hostilities in 1848, Garibaldi sailed back to Italy along with Aguyar who had proven his worth as a warrior and companion. In the revolutions sweeping the Italian states that momentous year, a period that also entailed the First Italian War of Independence (Prima Guerra d’Indipendenza Italiana), Garibaldi and his international collection of soldiers suffered defeat as champions of the provisional government of Milan but achieved minor victories in battles at  Luino and Morazzone. Garibaldi’s legion redeployed to Rome to defend that ancient city’s short-lived Roman Republic which was attacked by the French on the orders of Louis Napoleon. Under his command the Republican army initially defeated the French but later was overcome by a reinforced French army and had to submit to a negotiated settlement that required his men to evacuate the city.

It was during the bloody contest for Rome that Aguyar received the most attention from the foreign and Italian press which often portrayed him as a dashing and colorful sidelight. Being the only black among the thousands of white European combatants, in close proximity to the legendary Garibaldi, and in a leadership position directing troops, made him an intriguing character. Sometimes referred to as Garibaldi’s illiterate groom, orderly, and caricatured as a servant, he was more accurately recognized as Garibaldi’s aide-de-camp whom he promoted to lieutenant. A fellow volunteer soldier described Aguyar as a “Hercules of ebony color” who, to everyone’s amazement, pulled mounted enemy off their horses with his lasso, gaucho style. It was impossible to not recognize him on the field of battle or often trailing behind Garibaldi—his tall, powerful frame elegantly attired in a black cloak over a red tunic, blue pants with green stripes, astride his horse with a hand gripping a lance decorated near the tip with a red streamer, a white silk scarf around his neck, and his head crowned with a beret. Commented one biographers: “When these two appeared in the streets, hundreds of people hurried towards them. . . .” More significant, it is believed that Aguyar saved Garibaldi’s life on several occasions.

Aguyar’s death in Rome on June 30, 1849, just one day before the siege of the city ended, was reported in dramatic detail. In frantic house to house fighting a grenade exploded mortally wounding the fearless lieutenant. Hagiographies have repeated that before venting his last breath in the hospital set up in the Church of Santa Maria della Scala, he murmured: “Long live the Republics of America and Rome!” Today, in honor and memory of Aguyar a staircase located between the Trastevere and Monteverde bears his name. His ashes are buried in the Garibaldian Mausoleum atop Janiculum Hill in Rome.