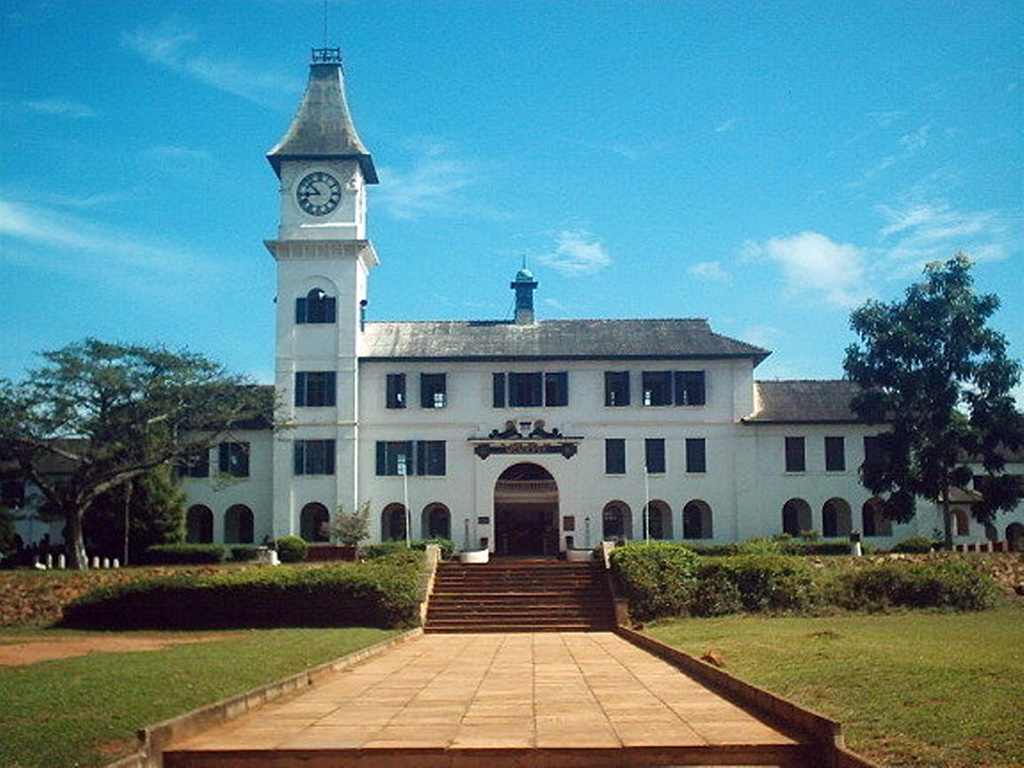 Achimota College was founded in Achimota, Gold Coast (now Ghana) in 1924 by Dr. James Emman Kwegyir Aggrey, Rev. Alexander Garden Fraser, and Sir Gordon Guggisberg, the British Governor of the Gold Coast (1919-1927), as an elite secondary school based on the British model of public education.  Governor Guggisberg urged local Gold Coast residents to create the institution to provide teacher training, technical training, and secondary schooling for the colony. The Governor’s request came after a committee he appointed in 1920 to investigate education in the Gold Coast, recommended establishing a secondary boarding school for boys.  The committee also recommended its location, in the coastal town of Achimota, about ten miles from Accra, the capital of the Gold Coast.

Born and raised in the Gold Coast Colony, Dr. Aggrey served as a teacher and secretary of the Aborigines Rights Protection Society before going on to the United States where he earned a B.A. at Livingstone College, a small African American institution in North Carolina, and his Ph.D. from Columbia University. Desiring the involvement of Dr. Aggrey in founding Achimota, Governor Guggisberg acceded to all three terms set forth by Dr. Aggrey: African members of staff occupy an equal position to Europeans; appointments would be the discretion of the principal, rather than the colonial government; and the school would teach children as young as six. Even though Guggisberg’s Committee recommended that girls not be admitted, Dr. Aggrey and Rev. A. G. Fraser stipulated that Achimota must be coeducational.

Achimota College hired staff before there were buildings, so that teachers could study the local languages, establish local interest, and gain experience teaching in Gold Coast schools. On January 28, 1927,  Achimota was formally opened with 120 students. The College was government-funded and in a unique break from missionary education tradition, it was interdenominational, with students and staff practicing their own denomination of Christianity. Additionally attending religious services was optional.