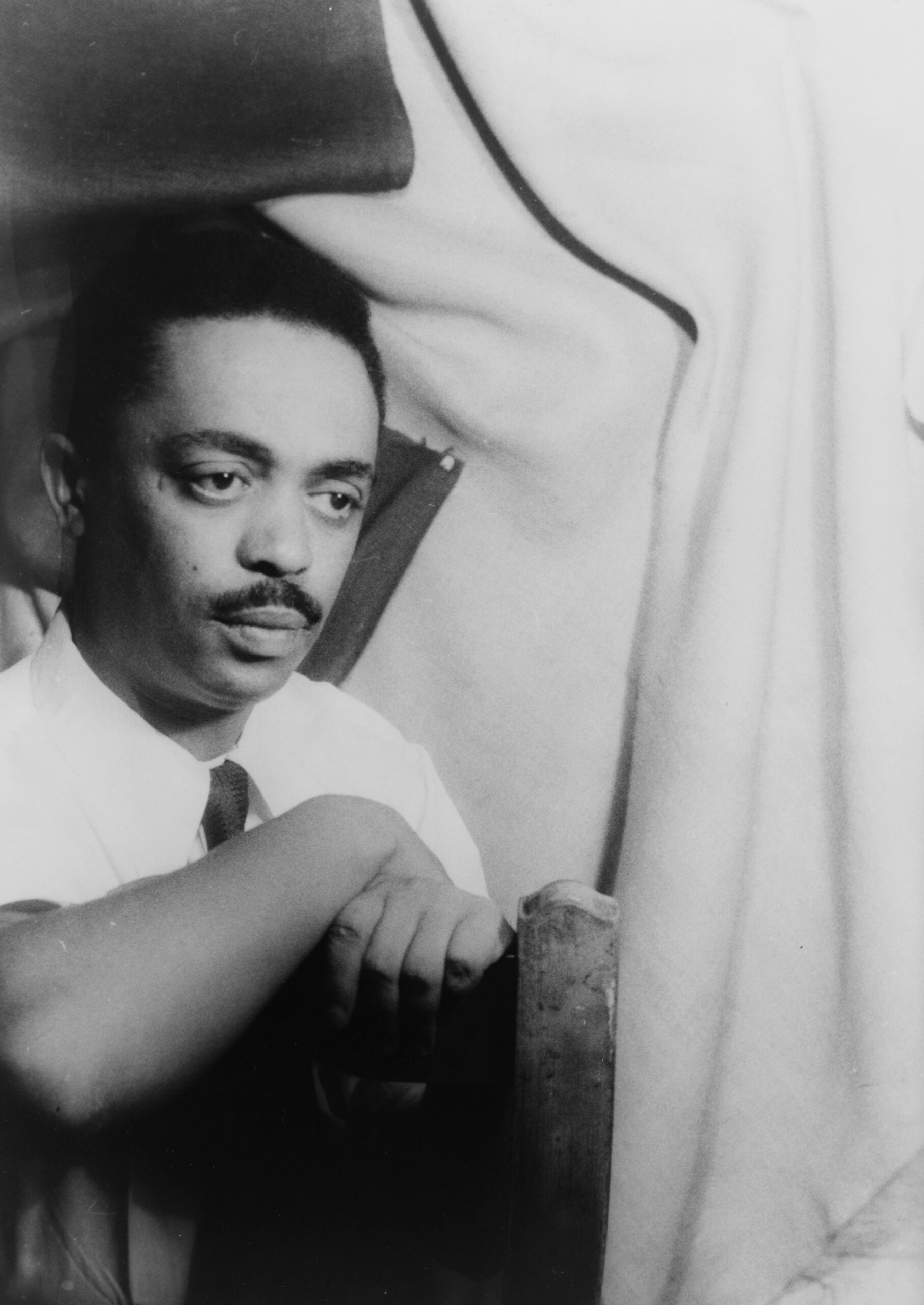 Twentieth century African novelist and journalist Peter Henry Abrahams was born in Vrededorp (near Johannesburg), South Africa, on March 19, 1919. Abrahams’ father, James Henry Abrahams Deras was the son of former Ethiopian landowners who had taken him across Europe before settling in South Africa. Abrahams’ mother, Angelina DuPlessis was a Coloured South African, who had given birth to two children (Abrahams’ older siblings, Harry and Maggie) in her prior marriage.

Abrahams’ father passed away in the early 1920s and since his mother was often unable to find work to support the family, he was sent to the village of Elsburg, South Africa, to live with relatives. Here, Abrahams was introduced to the often-inhospitable conditions of rural working life.  In 1930 at the age of 11 he returned to Johannesburg and enrolled in school for the first time. He worked part time to pay for his education.

Abrahams eventually found work at the Bantu Men’s Social Centre, as an office assistant for the Pathfinders (then, the black segment of the Boy Scout movement). During his employment, Abrahams enrolled in a correspondence course and boarded at Grace Dieu, a Church of England Training College located in Pietersburg. Here Abrahams was introduced to the works of Harlem Renaissance black writers, such as Langston Hughes and Claude McKay.  Inspired by their work he published his first series of poems in The Bantu World, in 1934. After finishing his studies at Grace Dieu, Abrahams gained admission to what was considered South Africa’s best school for non-whites at the time: St. Peter’s Secondary School, in Rosettenville. By 1939 Abrahams had left school, and when unable to find employment as a journalist, he worked for two years (1939-1941) aboard a merchant marine vessel.

In 1941, Abrahams arrived in England, where he worked for a short period at a Communist book distributing agency, and then later as an editorial staff member for the Communist Party newspaper, the Daily Worker. By 1942, Abrahams had broken with the Communist Party and in that year published his first novel, Dark Testament.  He also married the writer Dorothy Pennington, whom he divorced in 1948.  In 1948, Abrahams married Daphne Elizabeth Miller with whom he would have three children.

In 1952, Abrahams was offered a journalist position with The London Observer.  Five years later, the British Colonial Office, commissioned Abrahams to write a history of the colony of Jamaica.  His history, entitled Jamaica: An Island Mosaic, appeared in the same year.  Two years later, Abrahams moved to Jamaica with his family. He then worked from 1958 to 1962, as the editor for the West Indian Economist and at the same time, served as a news commentator for Radio Jamaica.

From the 1940s to the 1980s, Abrahams wrote a series of novels many of which focused on African life.  His most highly-acclaimed work, Mine Boy, an indictment of racial discrimination in South Africa, appeared in 1946 and is considered the first significant challenge to the nation’s racial hierarchy.  Abrahams continues to write.  His most recent work, The Black Experience in the 20th Century: An Autobiography and Meditation (2000), is dedicated to his deceased wife, Daphne.  Peter Abrahams continues to reside in Jamaica.