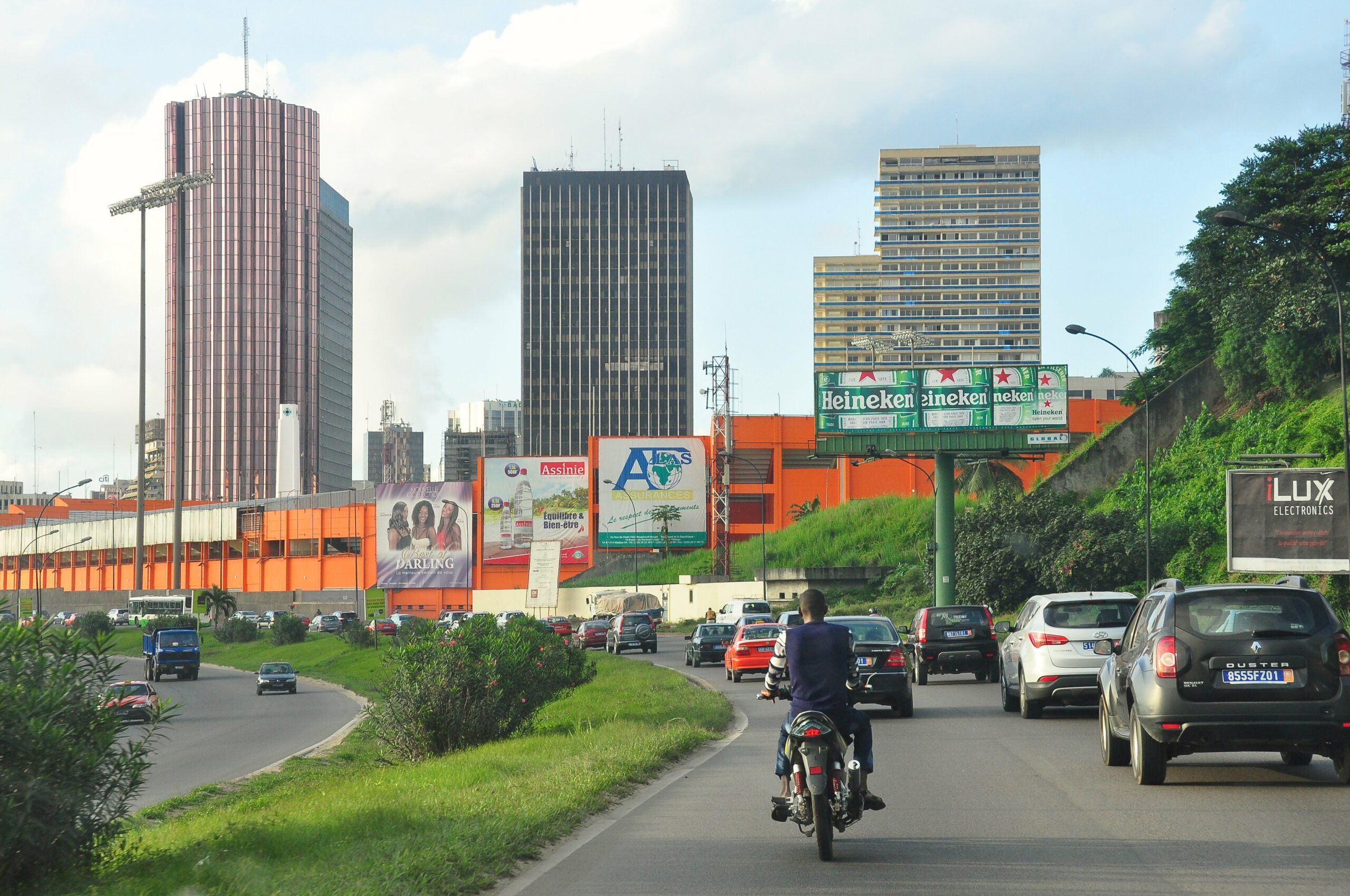 Abidjan is the former capital of Côte d’Ivoire as well as the country’s principal city. The lagoon on which the city now sits was occupied by the Ebrié people long before the French selected the site of Abidjan in 1903. Intended as the terminus for a railroad to transport tropical goods from the interior, Abidjan’s first inhabitants were a team of European and African workers. By 1912, the demand for manpower to finish the railroad had drawn 1,400 people to the growing village.

In 1925, Abidjan’s colonial administrators determined how the growing city would develop geographically. The administrative and predominantly European district was established on the Plateau, while an African quarter was created at Treichville, along the coastline. Five years later, Adjamé was established as a second African district, separated from the Plateau by a military installation. These two African quarters would be the locations of major, open-air markets which would do much to fuel Abidjan’s economy.

The colonial capital was moved to Abidjan in 1934, further promoting growth in the city. The same year, work began on a canal which would bring deep water ships directly to the lagoon. In 1950, the canal was completed along with a new airport the following year.

After the Second World War, Treichville became a center for nationalist rumblings in the French colony. The Abidjan city council elections of 1945 were the first venue in which the nationalist movement would challenge the colonial authority. When Côte d’Ivoire was granted independence in 1960, Abidjan became the capital of the new nation.

Post-independence Abidjan continued to grow from 180,000 residents at independence to 1,269,000 in 1978. This growth led to the creation of new residential districts, including Cocody in 1960. Other areas of Abidjan continued to grow as well. Minimal space on the Plateau drove development upward creating an impressive skyline. While economic growth was equally impressive through the sixties and seventies, after 1980, the national economy began to stagnate. In 1983, the capital was moved to Yamoussoukro, partially as a move to ease congestion in the city and partially at the urging of President Felix Houphouet-Boigny, a native of Yamoussoukro, to pay tribute to his hometown.

In addition to Abidjan’s economic woes and the loss of its status as national capital, the city also faces stability issues. Since the 2000 election, Abidjan has suffered a wave of political violence. The 2002-03 civil war was followed by a series of political murders and gang warfare. Despite these problems, modern Abidjan remains a dynamic, prosperous metropolis of over 2.5 million people.