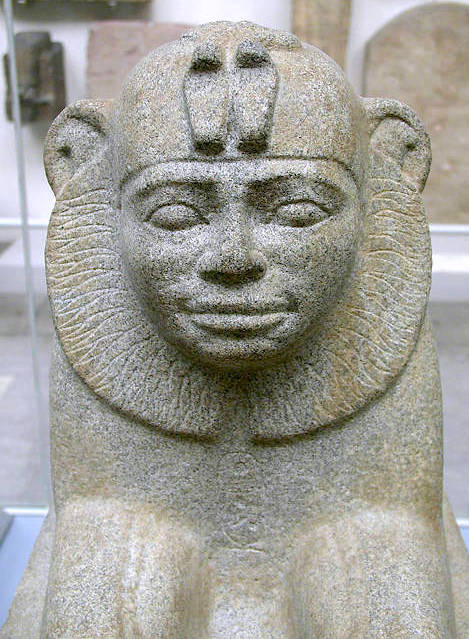 The 25th Dynasty refers to the kings of Kush (which included Nubia) who ruled all or part of Egypt from around 746 to 653 BC. This period parallels the Egyptian Third Intermediate Period (1070-653 BC). The Kushite kings of this period considered themselves the bodily sons of the god Amun; they sought to reunite the ancient original domain of Amun, with Egypt and Nubia as the northern and southern halves.

The Third Intermediate Period of Egyptian history represented a fragmentation of central authority in Egypt. Regional chieftains and elites vied for power. Ultimately, Lower Egypt had a kingship in place, but priests of Amun ruled the larger Upper Egypt from Thebes. The Kushite kings in their capital at Napata struck out on military campaigns throughout Egypt to end the civil unrest and political instability.

The Kush king Piankye (or Piankhi), also known as Piye or Piya ruling from 743 to 712 BC, conquered and ruled Upper Egypt and Nubia from Napata and Thebes. One monument associated with his rule depicts the god Amun handing king Piye the crowns of Egypt and Kush. Piye proclaimed himself king of Egypt and “of all lands” on stelae erected in the Temple of Amun of Gebel Barkal. Piye’s reign emphasized a revival of the culture of the New Kingdom, a period around 1200 BC. State artisans were encouraged to study masterworks of the New Kingdoms; similarly, the monarchy resurrected the pyramid as a royal tomb type and poured funds and labor into extensive renovations of ancient temples throughout the empire.

Piye’s successor, his brother Shabaqo (or Shabaka, ca. 712-702 BC), moved the royal residence to Memphis in Upper Egypt. Continuing the tradition of his brother, Shabaqo promoted the culture of ancient Egypt by commissioning the reproduction of religious texts of earlier periods. Later monarchs include Shebitqo ( ca. 702-690 BC) and Taharqa (690-664 BC); the reign of Taharqa was the most glorious of the dynasty with military victories expanding Nubian rule to Libya and Phoenicia. Taharqa however could not turn back the invading Assyrian military forces in Egypt, and he ultimately retreated to Napata.

The 25th Dynasty ruled for almost a century and provided Egypt with a revival of its intellectual and artistic roots. This appreciation for the New Kingdom culture also translated into the art and religion of Nubia and Kush.