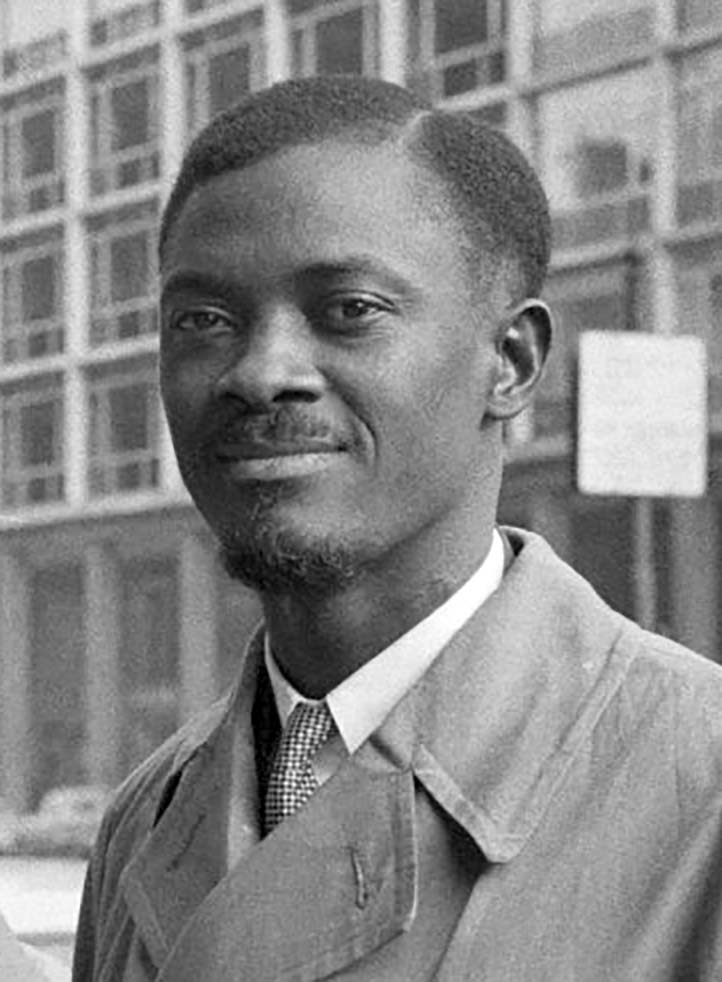 We thank the organizers of the Conference of the Assembly of African Peoples for the friendly invitation they kindly extended to our movement.We would like to express our gratitude to His Excellency Prime Minister Nkrumah and to the people of Ghana for the fraternal welcome given us.

We would also like to thank the representatives of the independent peoples present here for their continued defense of the Congo in international tribunals.

I hope they will regard these words, delivered in the name of all our compatriots, as an expression of our sincere gratitude.

The Present Situation in the Congo
Up until the end of last year, there was no legislative council any where in the Congo. All the organs of the country were — and still are — consultative.

Since January of this year, the political structure of the country has undergone modification, the most important change being the creation of communes in certain cities in the Congo.

Legislation to that effect has been passed with regard to rural districts and will be applied in the course of the coming year.

But the new decrees concerning the organization of cities and rural districts have not yet granted these institutions complete autonomy.

In the urban councils, as in all the other consultative organs of the country, a system of representation has been instituted that gives the European minority and the African majority an equal number of seats. There is no need to underscore the fact that this is anti- democratic.

Realizing the progress that has been made by the various segments of the population and taking note of the demands repeatedly put forward by its subjects, Belgium has recently sent to the Congo a commission charged with the task of acquainting itself with the aspirations of the people at first hand.

We for our part believe that on this occasion the country clearly expressed its preference for self-determination.

The Belgian government has promised to deliver its solemn decision on this subject next month.

Our Program of Action
The Congolese National Movement, which we represent at this great conference, is a political movement, founded on October 5, 1958.

This date marks a decisive step for the Congolese people as they move toward emancipation. I am happy to say that the birth of our movement was warmly received by the people for this reason.

The fundamental aim of our movement is to free the Congolese people from the colonialist regime and earn them their independence.

We base our action on the Universal Declaration of the Rights of Man — rights guaranteed to each and every citizen of humanity by the United Nations Charter — and we are of the opinion that the Congo, as a human society, has the right to join the ranks of free peoples.

We wish to see a modern democratic state established in our country, which will grant its citizens freedom, justice, social peace, tolerance, well-being, and equality, with no discrimination whatsoever.

In a motion we recently transmitted to the minister of the Congo in Brussels, we clearly stipulated — as did many other compatriots of ours — that the Congo could no longer be treated as a colony to be either exploited or settled, and that its attainment of independence was the sine qua non condition of peace.

In our actions aimed at winning the independence of the Congo, we have repeatedly proclaimed that we are against no one, but rather are simply against domination, injustices and abuses, and merely want to free ourselves of the shackles of colonialism and all its consequences.

These injustices and the stupid superiority complex that the colonialists make such a display of, are the causes of the drama of the West in Africa, as is clearly evident from the disturbing reports of the other delegates.
Along with this struggle for national liberation waged with calm and dignity, our movement opposes, with every power at its command, the balkanization of national territory under any pretext whatsoever.

From all the speeches that have preceded ours, something becomes obvious that is, to say the least, odd, and that all colonized people have noticed: the proverbial patience and good-heartedness that Africans have given proof of for thousands of years, despite persecution, extortions, discrimination, segregation, and tortures of every sort.

The winds of freedom currently blowing across all of Africa have not left the Congolese people indifferent. Political awareness, which until very recently was latent, is now becoming manifest and assuming outward expression, and it will assert itself even more forcefully in the months to come. We are thus assured of the support of the masses and of the success of the efforts we are undertaking.

This historical conference, which puts us in contact with experienced political figures from all the African countries and from all over the world, reveals one thing to us: despite the boundaries that separate us, despite our ethnic differences, we have the same awareness, the same soul plunged day and night in anguish, the same anxious desire to make this African continent a free and happy continent that has rid itself of unrest and of fear and of any sort of colonialist domination.

We are particularly happy to see that this conference has set as its objective the struggle against all the internal and external factors standing in the way of the emancipation of our respective countries and the unification of Africa.

Among these factors, the most important are colonialism, imperialism, tribalism, and religious separatism, all of which seriously hinder the flowering of a harmonious and fraternal African society.

This is why we passionately cry out with all the delegates:

Down with colonialism and imperialism!
Down with racism and tribalism!
And long live the Congolese nation, long live independent Africa!