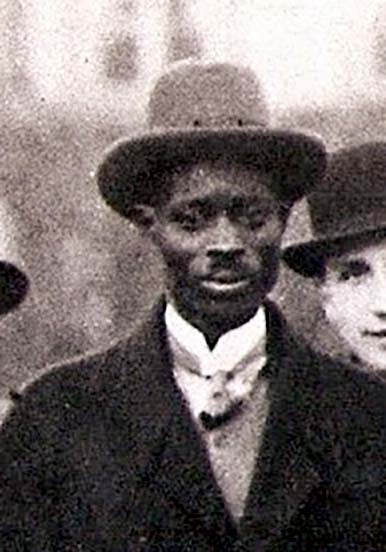 Lamine Senghor was an early Senegalese nationalist.  Born in Kaolack, Senegal in 1889, he served in the French Army between 1915 and 1919 and returned to Paris in 1922.  Senghor joined the French Communist Party and ran as a ran as Communist Party candidate in the Paris local elections in 1924.  Nonetheless he remained committed to an independent Senegal.  In 1927, shortly before his death in Paris he articulated that commitment in a speech before the conference of the League Against Imperialism that met in Brussels, Belgium.   At the time he was president of the Comité de Defense de la Race Nègre. That speech appears below.

I have to convey to you the fraternal greetings of the Comité de Defense de la Race Nègre. This committee for the liberation of the Negro race is a comprehensive organization of young Negroes resolved to take steps to bring about the liberation of their race. You are perhaps aware that ours is the most oppressed race in the world. This is the race which is oppressed by all the imperialists on earth, and whose life and death lie in the hands of its enemies. Therefore, we wish to fight for equality with other races which regard themselves as better than us, and before the whole world we ask them whether they are superior to us because their skin is white or their brain more cultured than ours. These races came to us under the pretext of bringing us civilization. Today we see a tragic picture in our country.

COLONIZATION
At this point I want briefly to say something controversial about the word ‘colonization’. I want to reply to the speech made by our chairman, Hafiz Ramadan Bey, who has asserted that Egypt is not a colony, and that she is free and independent. As representative of the Negro Defence Committee, I am bound to declare here that the Egyptian workers who support our committee are not of that opinion. They have come here to protest against British paternalism in Egypt and against the occupation of the Suez Canal by Britain. They wish to protest against British imperialism and they demand Egyptian independence. Consequently it is impossible to maintain at the same time that Egypt is free. What is colonization? To colonize is to rob a people of the right to manage its own affairs as best it can and as it sees fit. The Egyptians were deprived by Britain of that right. All Egyptians protest against that act of violence. Consequently, they cannot believe that Egypt is not colonized by Britain. It is a colony like all other colonies which are under the yoke of international imperialism.

CIVILIZATION
I said to you a moment ago that when the French arrived they told us they were bringing us civilization. But instead of teaching us the French language and enlightening us about what they call civilization, they said that the Negroes must not receive any education, otherwise they would become civilized and one would not be able to do with them as one liked.

That is what French imperialism understands by ‘civilizing’ the Negro.

‘I accuse the former Colonel Hutin, now General Hutin, Commander of the Legion of Honour, of ordering the looting of the Molanda trading post and of taking part in the looting.’ (We know the objects that were stolen—cases of fruit jelly which he kept for his own personal use, paintings, hunting ammunition, rifles, Brownings, valuable materials, etc. It seems that it is easy to feather one’s nest there.)

The writer of the report adds:

‘I accuse the officer and manager of the depot at Quesso of having committed a crime in February 1915, in order to extort a confession to a theft of 500 francs. He accused his orderly of pilfering the sum of money. In order to find out where the money was hidden, he had him undressed and his testicles placed on a table, and he crushed one of his testicles with a hammer. The private lost consciousness. He was revived, then they threatened to crush the other testicle as well if he did not confess where the money was.’

‘I accuse the chief adjutant of the post at Bania of bringing before him a chieftain of the Gana tribe who refused to disclose the whereabouts of Mausers which his people had taken from German deserters. And I accuse the adjutant of crushing one of the Gana chieftain’s hands between the two plates of a copying-press and of “tormenting” him (flaying him with knife- blades). He had the wounds filled with honey, and exposed him to the sun and the stings of the bees.’

Who can help shuddering at the thought that in the twentieth century Frenchmen commit atrocities such as these, worthy of the darkest Middle Ages?

FORCED LABOUR
A recent decree of the general government of French East Africa placed the population at the disposal of the administration work that was in the so-called ‘common interest.’

In order to implement this decree the lieutenant governor of Mauretania lays down the conditions of work. In Art 3, he says: ‘The length of the working day is fixed at ten hours with two hours’ rest from work during the day.’ In Art 9, he stipulates that ‘The minimum daily wage of each labour shall be as follows: women and children, 1 franc 50; men, 2 francs per day.’ You cannot refuse to work for this wage. So you are forced to work ten hours a day in the scorer African sun, and can only earn 2 francs. The women and children work just as long as the men, and despite all this they tell us that slavery is abolished, that the Negroes are free, that all men are equal, etc. I regard those who tell us this not idiots but as people who are poking fun at us.

SLAVERY
This also, we are told, has been abolished, and one might almost grant that the sale of slaves is forbidden, and that one can no longer sell Negroes to a white, to a Chinese, or even another Negro. But we see that the imperialists very democratically reserve the right to sell an entire Negro people to another imperialist.

What did France do with the Congo in 1912? She simply handed it over to Germany. Did she ask the Negroes of the. Congo whether they wanted to be exploited by the Germans?

Certain French politicians have even gone the length of writing in the French gutter press that the Negroes of the Antilles are starting to demand too many rights, and that one would do better to sell them to the Americans; then one would at least make a profit out of it.

It is not true—slavery is not abolished. On the contrary it has been modernized.

INJUSTICE IS STILL MORE STRIKING IN FRANCE
We have seen that during the war as many Negroes as possible were recruited, to be used as cannon-fodder. They recruited so many that the French governors refused to go on recruiting because they were afraid the people would revolt. But since it was necessary to recruit at all costs, they sought out an outstanding Negro, heaped honours upon him and made him Commissioner General and representative of the French Republic in Africa. They had him accompanied everywhere he went by French officers and decorated Negroes. He went out to his former mother-country, had himself put ashore, and was received by the representatives of France, administrators and colonial governors with a band at their head and soldiers presenting arms. This Negro, with all his honours, recruited 80,000 men, in addition to the 500,000 who were already fighting in France.

They let our comrades be slaughtered in the first Morocco war before the Great War of 1914. They are still being butchered today in Morocco, in the Rif and in Syria; Negroes are being sent to Madagascar; Negroes are sent to Indochina because it is near China which is setting them a splendid revolutionary example.

To the Chinese I say: ‘I would dearly embrace you, Comrades, because you set a good revolutionary example to all the peoples under the yoke of the colonizers, and I would that all of them would let themselves be influenced by your revolutionary spirit.’ The French imperialists have sent Negroes to Indochina and ordered them to fire on the Indochinese in case they should rise up against the French colonies.
They tell them that they are not of their race and that they should kill them, in case they rebel against the so-called ‘mother country.’

The Negroes have slept for too long. But beware! The man who has slept too well, and then awakes, will not fall asleep again.

I should like to give you two examples of how the ‘mother-country’ recognizes the services of those who were wounded in the war in order to save her, who were hit by bullets from the so-called ‘enemy’ and today are no longer able to work. A distinction is drawn between them and the French wounded who fought with them on the same battlefield and who, it seems, were defending the same mother-country. I shall start with 10 % and go up to 100 %. Just two examples: The French government gives a French soldier second-class, 90%, war-disabled, father of one child, an annual pension of 6,882 francs, while a Negro soldier second-class, likewise 90% war-disabled in the same French army, father of one child, receives 1,620 francs annually.

We have assembled to defend ourselves against these injustices, these horrors I have mentioned. Young Negroes are beginning to see things clearly.  We know and ascertain that we are French when they need us to let us be killed or make us labour. But when it comes to giving us rights we are no longer Frenchmen but Negroes.

The congress gathered here has, I believe, realized the wish of many who, like me, would like to devote themselves completely to the task of world liberation. Those who have come here are the very people who are pursuing a revolutionary ideal and a human ideal and who sacrifice themselves and all their energies to eradicating this monstrous imperialist oppression the world over. The imperialist oppression which we call colonization at home and which here you term imperialism is one and the same thing. It all stems from capitalism. It is capitalism which breeds imperialism in the peoples of the leading countries. There- fore those who suffer under colonial oppression must join hands and stand side by side with those who suffer under the imperialism of the leading countries. Fight with the same weapons and destroy the scourge of the earth, world imperialism!

It must be destroyed and replaced by an alliance of the free peoples. Then there will be no more slavery.