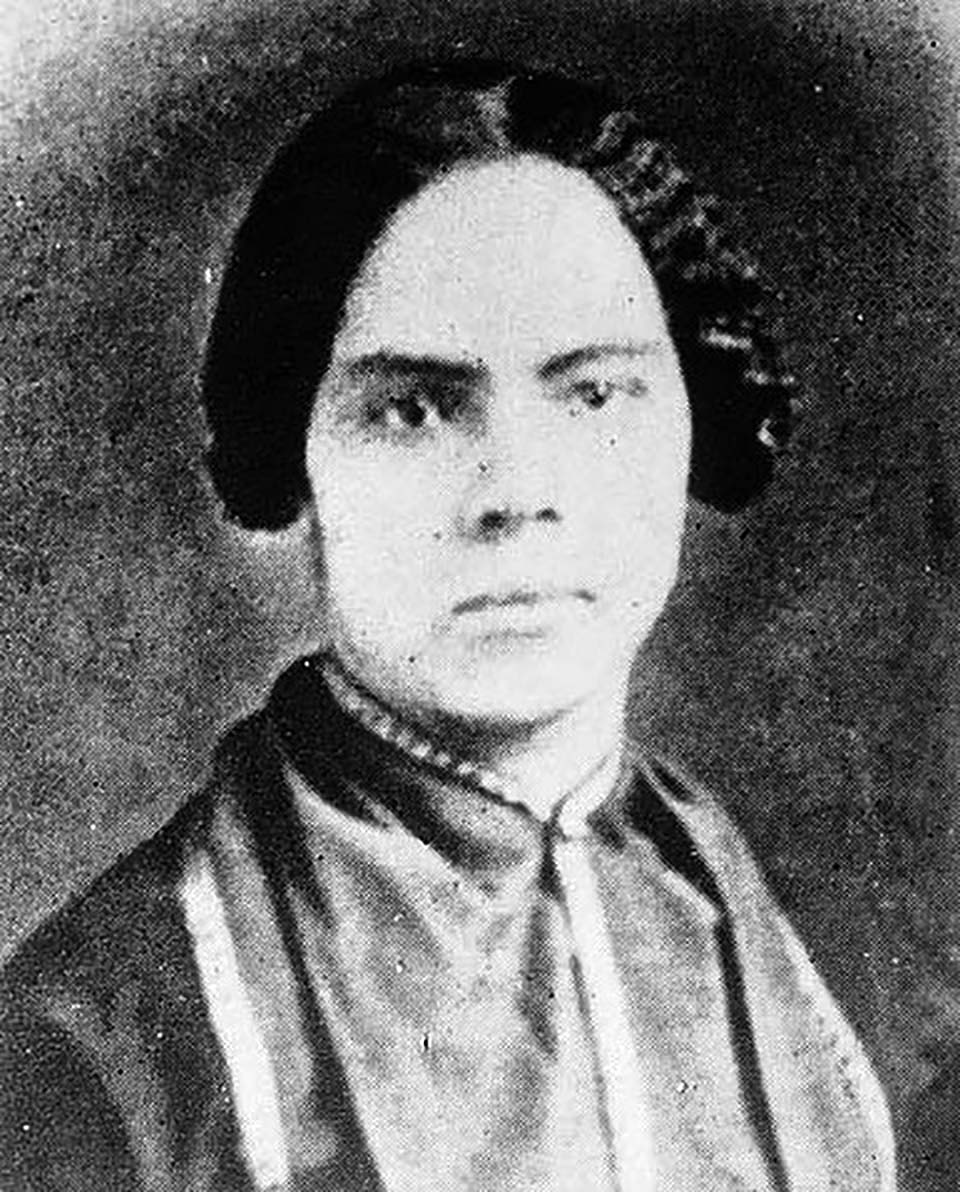 Mary Ann Shadd (1823-1893) was born into an affluent free black family in Wilmington, Delaware. Nonetheless after the passage of the Fugitive Slave Act in 1850, Shadd joined thousands of other African Americans in emigrating to Canada. She briefly taught the children of the emigrants and then turned to newspaper editing. When the first issue of the Provincial Freeman appeared in Windsor, Ontario in 1853, she became the first black woman newspaper editor in North America. The speech below is a sermon she gave on Sunday, April 6, 1858, to an audience in Chatham, Canada.

1st business of life[,] to love the Lord our God with heart and soul, and our neighbor as our self.

We must then manifest love to God by obedience to his will—we must be cheerful workers, in his cause at all times—on the Sabbath and other days.

The more readiness we Evince the more we manifest our love, and as our field is directly among those of his creatures made in his own image in acting as themself who is no respecter of persons we must have failed in our duty until we become decided to waive all prejudices of Education birth nation or training and make the test of our obedience God’s Equal command to love the neighbor as ourselves.

These two great commandments, and upon which rest all the Law and the prophets, cannot be narrowed down to suit us but we must go up and conform to them. They proscribe neither nation nor sex—our neighbor may be Either the oriental heathen the degraded Europe and or the Enslaved colored American. Neither must we prefer sex the Slave mother as well as the Slave father. The oppress, or nominally free woman of every nation or clime in whose Soul is as Evident by the image of God as in her more fortunate contemporary of the male sex has a claim upon us by virtue of that irrevocable command Equally as urgent. We cannot successfully Evade duty because the Suffering fellow woman be is only a woman! She too is a neighbor. The good Samaritan of this generation must not take for their Exemplars the priest and the Levite when a fellow wom[an] is among thieves—neither will they find their Excuse in the custom as barbarous and anti-christian as any promulgated by pious Brahmin that [word crossed out] they may be only females. The spirit of true philanthropy knows no sex. The true christian will not seek to Exhume from the grave of the past [word crossed out] its half developed customs and insist upon them as a substitute for the plain teachings of Jesus Christ, and the Evident deductions of a more Enlightened humanity.

There is too a fitness of time for any work for the benefit of God’s human creatures. We are told to keep Holy the Sabbath day. In what manner? Not by following simply the injunctions of those who bind heavy burdens, to say nothing about the same but as a man is better than a sheep but combining with God’s worship the most active vigilance for the resurector from degradation violence and sin his creatures. In these cases particularly was the Sabbath made for man and woman if you please as there may be those who will not accept the term man in a generic sense. Christ has told us as it is lawful to lift a sheep out of the ditch on the Sabbath day, i[f] a man is much better than a sheep.

Those with whom I am identified, namely the colored people of this country–and the women of the land are in the pit figurat[ively] speaking are cast out. These were Gods requirements during the Prophecy of Isaiah and they are in full force today. God is the same yesterday today and forever. And upon this nation and to this people they come with all their significance within your grasp are three or four millions in chains in your southern territory and among and around about you are half a million allied to them by blood and to you by blood as were the Hebrew servants who realize the intensity of your hatred and oppression. You are the government what it does to [th] you Enslaves the poor whites The free colored people The Example of slave holders to access all.

What we aim to do is to put away this Evil from among you and thereby pay a debt you now owe to humanity and to God and so turn from their chanel the bitter waters of a moral servitude that is about overwhelming yourselves.

I speak plainly because of a common origin and because were it not for the monster slavery we would have a common destiny here–in the land of our birth. And because the policy of the American government so singularly set aside allows to all free speech and free thought: As the law of God must be to us the higher law in spite of powers principalities selfish priests or selfish people to whom the minister it is important the [that?] we assert boldly that no where does God look upon this the chief crimes with the least degree of allowance nor are we justified in asserting that he will tolerate those who in any wise support or sustain it.

Slavery American slavery will not bear moral tests. It is in Exists by striking down all the moral safeguards to society by—it is not then a moral institution. You are called upon as a man to deny and disobey the most noble impulses of manhood to aid a brother in distress—to refuse to strike from the limbs of those not bound for any crime the fetters by which his Escape is obstructed. The milk of human kindness must be transformed into the bitter waters of hatred–you must return to his master he that hath Escaped, no matter how Every principle of manly independence revolts at the same. This feeling Extends to Every one allied by blood to the slave. And while we have in the North those who stand as guards to the institution they must also volunteer as [s]hippers away of the nominally free. You must drive from this home by a hartless ostracism to the heathen shores when they fasted, bowed themselves, and spread sack cloth and ashes under them. Made long prayers (&c.] that they might be seen of men, but Isaiah told them God would not accept them. They must repent of their sins–put away iniquity from among them and then should their light shine forth.

But we are or may be told that slavery is only an Evil not a sin, and that too by those who say it was allowed among the Jews and therefore ought to be Endured. Isaiah sets that matter to rest he shows that it is a sin handling it less delicately than many prophets in this generation. These are the sins that we are to spare not the sin of Enslaving men–of keeping back the hire of the laborer. You are to loose the bands of wickedness, to undo the heavy burdens to break Every yoke and to let the oppressed go free. To deal out bread to the hungry and to bring the poor [word missing] speaking. Their cry has long been ascending to the Lord who then will assume the responsibility of prescribing times and seasons and [word crossed out] for the pleading of their cause–of and righteous cause—and who shall overrule the voice of woman? Emphatically the greatest sufferer from chattel slavery or political proscription on this God’s footstool? Nay we have Christ’s Example who held the sexes indiscriminately thereby implying an Equal inheritance— who rebuffed the worldling Martha and approved innovator Mary. [The Him] who respected not persons [two words crossed out] but who imposes Christian duties alike upon all sexes, and who in his wise providence metes out his retribution alike upon all.

No friends we suffer the oppressors of the age to lead us astray; instead of going to the source of truth for guidance we let the adversary guide us as to what is our duty and Gods word. The Jews thought to that they were doing [H]is requirements when they did only that which was but a small sacrifice.