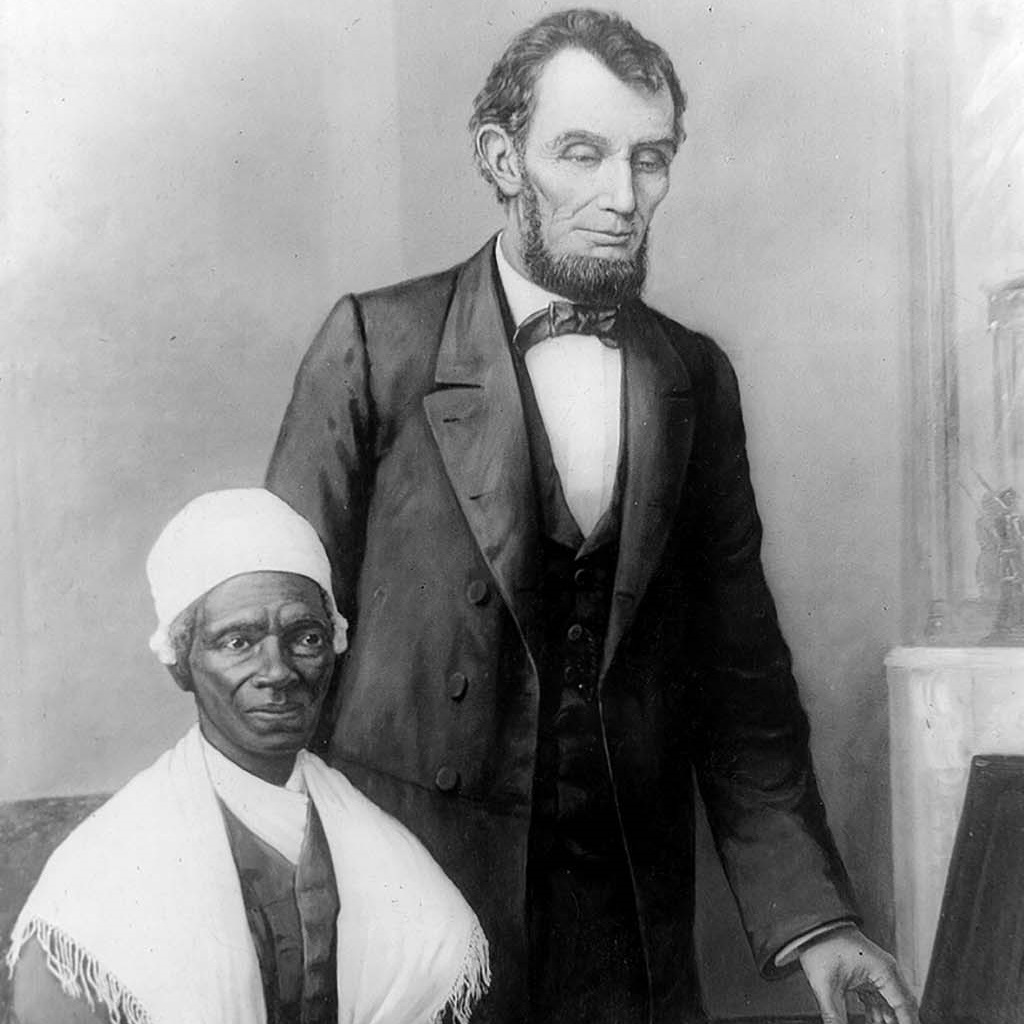 What happened (Who are they):
Sojourner Truth was the most prominent African American woman to participate in both the abolition of slavery and women’s rights movements in the 19th century. Her activity just before and during the Civil War earned an invitation to meet President Abraham Lincoln in 1864.

Why are they Important to Know About:
Truth never learned to read or write and was considered poor and uneducated. Yet she overcame educational obstacles and became famous for her many public speeches related to abolition and women’s rights including her “Ain’t I a Woman” speech given at the 1851 at the Women’s Rights Convention in Akron, Ohio. The message of the speech was the hardships women endured for being considered unequal to men. To help support herself she also sold photographs of herself as well as her book, Narrative of Sojourner Truth, written by a ghostwriter since she was illiterate. During the Civil War, Truth was active in recruiting Black soldiers to fight in the Union Army. Her work earned her a meeting in 1864 with President Abraham Lincoln.

Details of the Event:
Truth was born enslaved as Isabell Baumfree in 1797 in Upstate New York. She was bought and sold several times, subjected to harsh physical labor, and violent punishment. Truth married an enslaved man and had five children. In 1827, a year before New York’s law freeing slaves was to start, Truth ran away with her infant daughter to a nearby abolitionist family, the Van Wageners. The family bought her freedom for 25 dollars and helped her successfully sue for the return of her five-year-old son, Peter, who was illegally sold into slavery in Alabama.

After the loss of her son at sea. Truth devoted her life to fighting for abolition and equal rights. She lectured on the horrors of slavery and participated in religious revivals, believing that the Spirit called on her to preach the truth thus renaming herself Sojourner Truth in 1843.

Lasting Impact:
In the fight for women’s suffrage and abolition, most of the leading activists were white. Truth was a rare and celebrated exception. She worked with other prominent female abolitionists included Lucretia Mott, Harriet Beecher Stowe, and the sisters Angelica and Sarah Grimké. Her work and her personal example help bring an end to slavery in the United States.

What We Learned:
Women in the United States have made great strides and suffered some setbacks in the two centuries-long fight for equality. So have African Americans. Sojourner Truth was a leading and successful figure in both causes in the 19th Century.