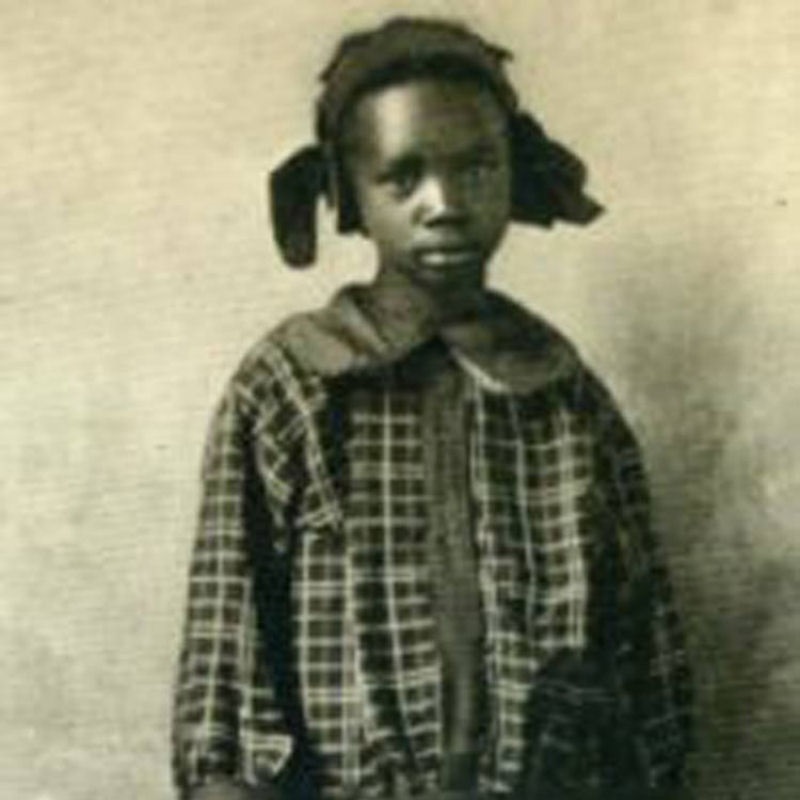 Who are they:
Eleven-year-old Sarah Rector became the “richest colored girl in America” when she inherited millions of dollars.

Why are they important to know about:
Native Americans and black people who were citizens of Indian Territory, and who had money and property, had to have a white guardian.

Details of the life of the person:
Sarah Rector was born in 1902 in Oklahoma in Indian Territory. Some Native Americans had owned slaves and Sarah’s family lived on Muscogee Creek Indian land. When Oklahoma became a state in 1907, the Dawes Allotment Act divided the land between the Creek Indians and their former slaves. Everyone in Sarah’s family received land. Sarah received 160 acres.

Sarah’s father could not pay the yearly property taxes, so he leased Sarah’s portion to the Devonian Oil Company of Pittsburgh, Pennsylvania. Two years later in 1913, an oil driller brought in a “gusher” yielding 2500 barrels of oil a day. Sarah was earning so much money that guardianship was changed from her parents to T.J. Porter, a white man. More wells produced even greater amounts of oil and in October of that year she earned $11,567.00!

News spread fast about Sarah’s wealth but so did misinformation and legal and financial plotting. People she did not know asked her for money. She even received four marriage proposals when she was only twelve years old. The next year, The Chicago Defender published a story stating that her guardians were not managing her estate properly. It claimed she was uneducated, and poorly clothed and housed. This was not true. Sarah and her siblings went to school, their family lived in a five-room house, and they had a car.

Two national African American leaders became concerned about Sarah: Dr. W.E.B. DuBois and Booker T. Washington. Because of her, Dr. W.E.B. DuBois established the Children’s Department of the NAACP to investigate white guardians suspected of misusing the wealth of black children. Later that year, Sarah was enrolled in the Children’s School, a boarding school for teens at the Tuskegee Institute led by Booker T. Washington.

After she left Tuskegee in 1920, eighteen-year-old Sarah and her family moved to Kansas City, Missouri. Now a millionaire, she owned stocks and bonds, a boarding house, a bakery, and land. She married at age twenty and had three sons. When Sarah Rector died at age 65, she had used up a good portion of her fortune but she still had a few oil-producing wells and some real estate.

Their lasting impact:
Sarah Rector’s case spotlighted the practice of transferring guardianship of black children’s wealth to whites. Her case led to the creation of the NAACP’s Children’s Department.

What we learned from them:
Some laws that have been enacted for our safety and well-being may not work that way at all.