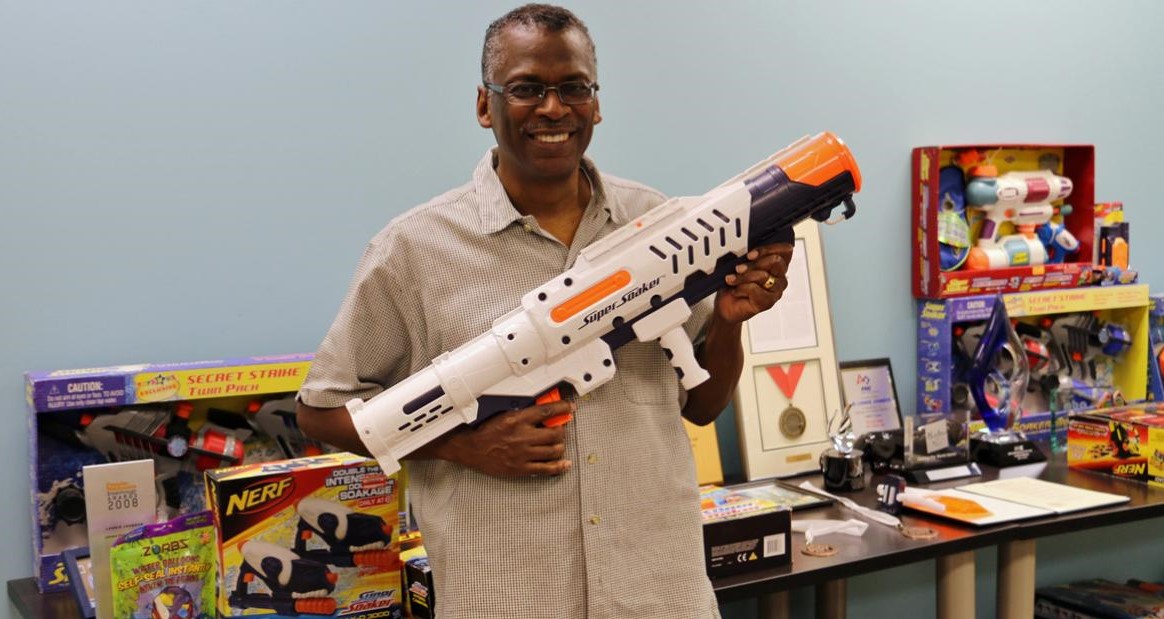 Who are they:
Lonnie George Johnson is known for inventing the Super Soaker water gun. He also worked as an engineer on spacecraft that were sent to Jupiter, Mars, and Saturn. Now his companies create technology for everything from toys to spacecraft to green energy.

Why are they important to know about:
Lonnie Johnson invented the Super Soaker by accident. And after its release, it became the most popular toy in America.

Details of the life of the person:
Lonnie Johnson was born on October 6, 1949 in Mobile, Alabama. His father worked as a truck driver and his mostly stay-at-home mother sometimes worked service jobs. During the summer, Johnson’s parents picked cotton on his grandfather’s farm.

Johnson was fascinated by science and invention, especially after he read about innovator George Washington Carver. In 1968, when he was a senior in high school, he created a robot from scrap and named it “Linex.” Linex won a state science fair prize that year, and because of that win and Johnson’s excellent grades, he got a math scholarship to Tuskegee University.

At the Jet Propulsion laboratory, Johnson worked on the Galileo spacecraft, which was launched on a flight to Jupiter.

From 1982 until 1987, he served in the US Air Force. And he kept working on inventions of his own. One day, he was trying to make a cooling system that ran on water instead of Freon—a chemical that can damage the environment. While he was experimenting, he had an idea for a great water toy. That toy became the Super Soaker.

It took a long time to find a company that would make and sell his toy, but Johnson kept trying. In the meantime, he went back to NASA’s Jet Propulsion Laboratory in 1987, where he worked on the Mars Observer spacecraft and the Cassini mission to Saturn. His job there was to make sure every system on the spacecraft had a backup system, so that if something went wrong, the spacecraft was still protected.

Finally, Johnson found a manufacturer for his toy. He licensed his Super Soaker to a company called Larami, now a part of Hasbro. He also formed his own engineering firm, Johnson Research and Development. The Super Soaker became a super-success after its release in 1990. In 1991 and 1992 it was the best-selling American toy.

Their lasting impact:
Lonnie Johnson’s Super Soaker has reached nearly one billion dollars in sales, and Johnson now holds dozens of patents. His companies are developing many new kinds of energy technology, including a better battery. In 2011, Lonnie Johnson was inducted into Alabama’s Engineering Hall of Fame.

What we learned from them:
The things you love to create can lead to your life’s greatest successes. At a young age, Lonnie Johnson loved to invent toys—including his prize-winning robot. His lifelong love of inventing helped him to make spacecraft safer, to improve energy technology, and to make summer a little bit more fun for a lot of people.