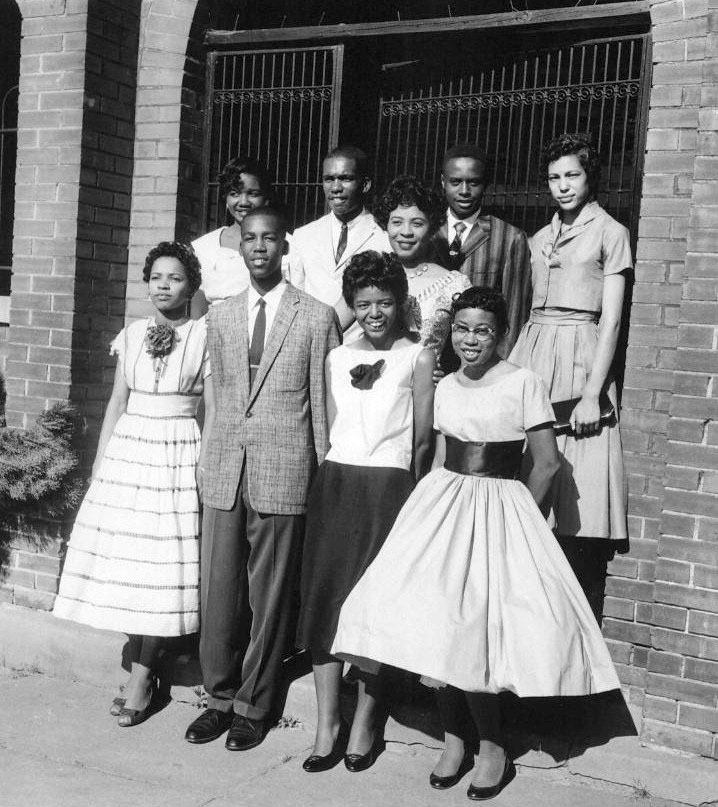 What happened:
In 1957, after a ruling by the U.S. Supreme Court that public school segregation was unconstitutional, nine Black students were selected to attend Little Rock, Arkansas’ Central High School (a previous all-white school). They were among the first Black students in the country to integrate the public school system. The negative reaction these Nine received from white people gained national attention and promoted the civil rights movement.

Why is it important to know about:
Racial segregation (being separated by skin color) in schools meant that Black children didn’t have access to the same quality of education as white students. Since Black communities were seen as less important than white ones, little money was put into them. As a result, Black schools had far less resources for teaching. By allowing Black students to attend all-white schools, the door was opened for equality in education and more opportunity later in life.

Details of the event:
On May 17, 1954, the U.S. Supreme Court in a court case called Brown vs. Board of Education, ruled that keeping schools segregated by skin color was no longer constitutional. Many states tried to fight against this decision, but the school district in Little Rock, Arkansas agreed to follow it. Daisy G. Bates, president of the Arkansas NAACP, helped select nine Black students to attend Little Rock’s all-white Central High School. They would become known as the “Little Rock Nine.” On September 4, 1957, when these students showed up for the first day of class, Arkansas Governor Orval Faubus, brought in the Arkansas National Guard to block them from entering. Over the following weeks they would also face angry mobs and threats of violence each time they tried to enter the school. Some white parents kept their children home to avoid them having to attend school with the Black students. On September 25, 1957, under the protection of thousands of federal troops ordered by U.S. President Dwight D. Eisenhower, the Little Rock Nine were able to register for classes. The students ranging in age from 14 to 16 were: Minnijean Brown, Elizabeth Eckford, Ernest Green, Thelma Mothershed, Melba Patillo, Gloria Ray, Terrence Roberts, Jefferson Thomas, and Carlotta Walls.

Lasting impact:
The negative response these Black students received made national news, giving new attention to the Civil Rights movement and racial discrimination. Their fight for equality in education, and their ability to face the challenges that came with that fight, helped make it possible for students of all colors to get equal educational opportunities today.

What we learned from this event:
Black people have had to face many challenges on the road to gaining true equality. Even attempting to have the same educational opportunities as white children proved to be dangerous. But, thanks to the bravery of young Black people like the “Little Rock Nine” who stood up against the hate they received, Black people have been able to overcome those challenges and move forward.