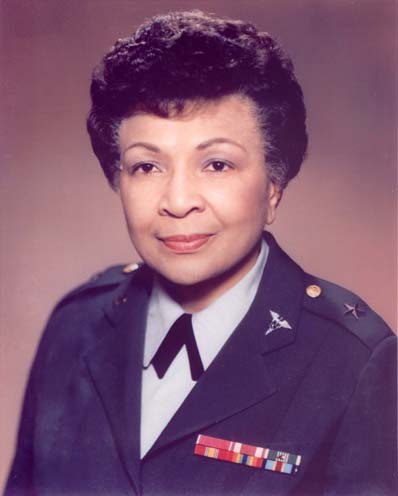 February has been designated the month to celebrate Black History in United States of America. March has been designated the month to celebrate Women’s History in United States of America. BlackPast.org has designated every month to be a celebration of the history of  Black Women in United States of America. Fortunately, there is a wealth of sources to mine. The National Women’s History Museum  presents an online exhibit called Claiming Their Citizenship: African American Women From 1624-2009. Examples of women and their achievements are documented through thirteen historical periods. BlackPast.org has a section called 101 African American Firsts. A small sample of the legacy of Black Women in America is listed here in an approximate chronological order. Checking the above sources will provide the reader/researcher with many hours of satisfaction.

In 1623, Mary (Johnson) arrived from England to work on a Virginia plantation. There she met an indentured servant, Anthony Johnson, hailing from Angola. They married and lived together for over 40 years. Sometime after 1635, they earned their freedom. The Johnsons and their sons were the first prominent landholding blacks in the colonies, owning land first in Virginia and then in Maryland. After Anthony’s death, Mary renegotiated the land lease on the Maryland property for 99 years, thereby ensuring a future for her family.

Lucy Terry Prince was born in West Africa between 1724 and 1732. She authored the first known poem by an African American woman, Bars Fight, published in 1855 but written over a hundred years earlier. The poem can be read the the above link.

Ida Gray Nelson Rollins, born in 1867 in Clarksville, Tennessee. She was the first African American woman to become a dentist, graduating from the University of Michigan with a Doctorate of Dental Surgery in 1890.

Bessie Coleman was born in 1892 in Atlanta, Texas. In 1921, she became the first black woman to earn become a civil aviator and to hold an international pilot’s license. Her life was cut short in a plane accident in 1926.

Crystal Bird Fauset was the first African American female state legislator, based in Philadelphia, Pennsylvania. Born in Maryland in 1894, she grew up in Boston, and lived her political life in Pennsylvania. She was elected to office in 1938, beginning a long career in national and international public service.

Hattie McDaniel was born in 1895 and became the first African American woman to receive an Oscar. The award of Best Supporting Actress was bestowed on her in 1940 for her role as “Mammy” in Gone with the Wind. In her long career, she appeared in over 300 films, receiving credit for only 88 of them.

Alice Marie Coachman, born in 1923, was the first black woman from any country to win an Olympic Gold Medal in the 1948 Summer Games, leaping five feet six-and-an-eighth inches. Her teaching, coaching, and athletic careers put her in nine Halls of Fame, the first black woman to endorse an international product (Coca-Cola), and to start The Alice Coachman Track and Field Foundation.

Hazel W. Johnson was the first African American woman to become a general in the U.S. Army. Born in 1927, she had a long and distinguished career in the field of nursing in the military as well in academia. She held a doctorate in education administration from Catholic University; taught at Georgetown University; and received honorary degrees from Morgan State University, Villanova University, and University of Maryland.

The twelve women featured in these vignettes made long, and lasting, contributions to the growth and welfare of the United States of America. As stated in the National Women’s History Museum, they claimed their rights, against all odds of their times, to be full and productive citizens who were due honor and respect.