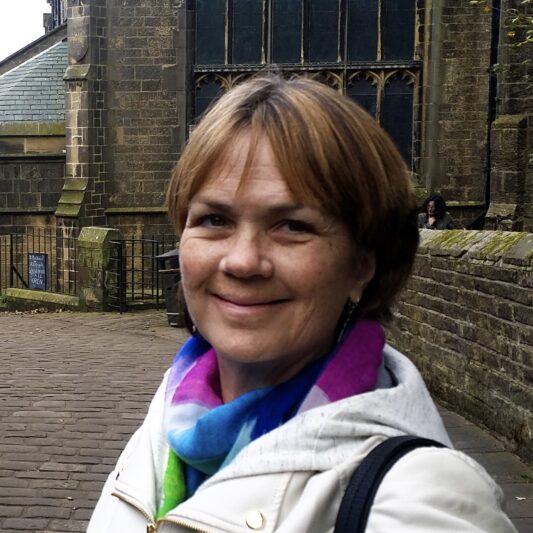 Kari Winter is a Professor of American Studies in the Department of Global Gender and Sexuality Studies at the University at Buffalo,  SUNY.  Her books include The American Dreams of John B. Prentis, Slave Trader (Race in the Atlantic World series, U of Georgia P, 2011), The Blind African Slave: or, Memoirs of Boyrereau Brinch, Nick-named Jeffrey Brace (scholarly edition of long-lost 1810 slave narrative; Wisconsin Studies in Autobiography series, 2005), and Subjects of Slavery, Agents of Change: Women and Power in Gothic Novels and Slave Narratives, 1790-1865 (U of Georgia P, 1992, 1995, 2010).

Jack and his wife Sophy were enslaved in Middletown, Connecticut to Philip Mortimer (1710-1794), a wealthy Irish businessman.  Philip Mortimer freed them in his will, but his son-in-law, George Starr, contested and succeeded in overturning the will.  Mortimer’s will also intended to give Jack and … END_OF_DOCUMENT_TOKEN_TO_BE_REPLACED

Although many twenty-first century readers are aware of his work only through his introduction to Frederick Douglass’s My Bondage and My Freedom, Dr. James McCune Smith was one of the most broadly accomplished black intellectuals and activists in antebellum America.  Born in New York on … END_OF_DOCUMENT_TOKEN_TO_BE_REPLACED

Born into slavery on the eastern shore of Maryland in 1807, James William Charles Pennington escaped from slavery in 1828 and settled for a time in Long Island, where he studied in night school.  Devoted to black education, he became an antislavery preacher, teacher, activist, … END_OF_DOCUMENT_TOKEN_TO_BE_REPLACED

Born in West Africa, Prince Mortimer was captured by slave traders as a young boy. After enduring a brutal passage to the Americas, he arrived in Connecticut around 1730.  In the late 1750s he was sold in Middletown, Connecticut to Philip Mortimer, who trained him … END_OF_DOCUMENT_TOKEN_TO_BE_REPLACED

The author of the first known work of African American literature (the poem “Bars Fight”), Lucy Terry Prince was kidnapped in Africa as an infant and sold into slavery in Rhode Island.  At the age of five, she became the property of Captain Ebenezer Wells … END_OF_DOCUMENT_TOKEN_TO_BE_REPLACED

Born in West Africa Jeffrey Brace (born Boyrereau Brinch) was enslaved at the age of sixteen and transported to Barbados, where he was sold to a ship captain from Connecticut who used him as an enslaved sailor-soldier during the Seven Years War.  At the war’s … END_OF_DOCUMENT_TOKEN_TO_BE_REPLACED

Reputed to be the first African American in the United States to graduate from college, Alexander Twilight was born on a farm in Corinth, Vermont to a white or fair-skinned mother, Mary Twilight, and a mixed-race father, Ichabod Twilight, who had served as a private … END_OF_DOCUMENT_TOKEN_TO_BE_REPLACED