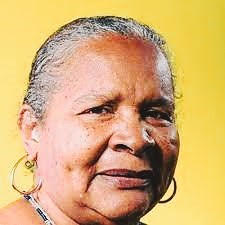 Ms. Wills was born and raised in Pennsylvania and currently resides in the San Francisco Bay Area. Her interest in History began with a Oral History passed to her from her mother. Her research and documentation of her afro/indigenous ancestors go back through Colonial Virginia.  She is a writer and Author of 7 books: Notes and Documents of Free Persons of Color (including Revised Edition), Pieces of the Quilt: the Mosaic of An African American Family, Black Minqua: the Life and Times of Henry Green, A Nation of Flaws: Justus in the Homeland, Along the Rappahannock Homeland of the Nanzatico Indian Nation, and Minqua Unami Okehocking & The Down River Nations. She is a member of the Daughters of the American Revolution (DAR) and the Monacan Indian Nation.

Ms. Wills was a genealogy researcher for Ancestry.com for several years. She is a speaker and her first book, Notes and Documents of Free Persons of Color is featured on C-Spans book site (September 2005). Her focus is on Free Persons of Color and the North Eastern Woodland Indians (Algounquin, Iroquois, Susquehanna).  She connected to who served in the  Revolutionary War, War of 1812, and Civil War. She has written numerous articles for Dickinson College and other outlets including Article on the Underground Railroad is included in the curriculum for Homeschooled High Schoolers in Black History 365 (BH365).

Robert A. Pinn, attorney, and Civil War hero, received the Congressional Medal of Honor from President Abraham Lincoln in 1865.  Pinn was born free to William and Zilphia Broxton-Pinn, in Stark County, Ohio on March 1, 1843.  His father William Pinn escaped from slavery and … END_OF_DOCUMENT_TOKEN_TO_BE_REPLACED

William Chester Ruth was an African American inventor, business owner, and community leader in Chester County, Pennsylvania.  Ruth was the son of Samuel and Maria Louisa Pinn-Ruth.  The 54th Massachusetts Infantry Regiment liberated Samuel, a former slave, when it occupied Savannah, Georgia in 1865 while … END_OF_DOCUMENT_TOKEN_TO_BE_REPLACED

Henry Davis Green was an anti-slavery activist (abolitionist) who was a participant in the Christiana Resistance (also known as the Christiana Riot) of 1851, the largest and most violent antebellum response to the Fugitive Slave Act of 1850. Green, a teamster by occupation, was born … END_OF_DOCUMENT_TOKEN_TO_BE_REPLACED

Charles Lewis was a sailor and soldier during the American Revolutionary War.  Lewis was born sometime around 1760 in Spotsylvania County, Virginia on Bel Aire, the Lewis Family Plantation owned by John Lewis. John and a free mulatto woman, Josephine Lewis, were the parents of … END_OF_DOCUMENT_TOKEN_TO_BE_REPLACED