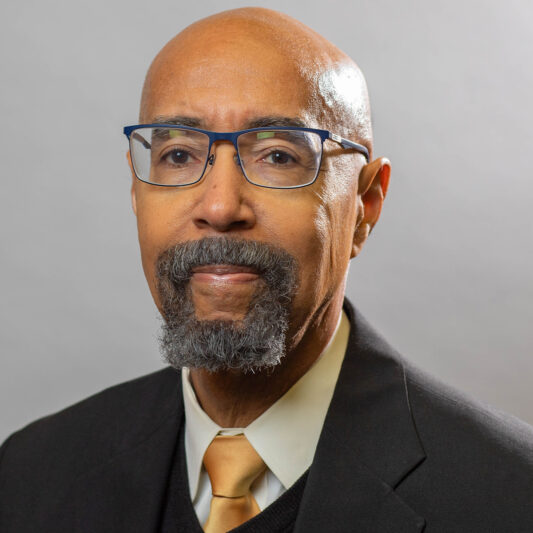 Robert E. Weems, Jr. has been the Willard W. Garvey Distinguished Professor of Business History at Wichita State University since Fall 2011. Before corning to WSU, he taught at the University of Missouri-Columbia and the University of Iowa. A native of Chicago, he received his Ph.D. in History from the University of Wisconsin-Madison. During his career, Professor Weems has published and spoken widely in the areas of African American business and economic history.

Besides his recently published The Merchant Prince of Black Chicago: Anthony Overton and the Building of a Financial Empire, Weems has authored three other books in the realm of African American business history (Black Business in the Black Metropolis: The Chicago Metropolitan Assurance Company 1925-1985; Desegregating the Dollar: African American Consumerism in the Twentieth Century; Business in Black and White: American Presidents and Black Entrepreneurs in the Twentieth Century), as well as nearly four dozen journal articles, book chapters, and encyclopedia entries. He is also the co-editor of Building the Black Metropolis: African American Entrepreneurship in Chicago and The African American Experience: A Historiographical and Bibliographical Guide. In addition, Professor Weems served as a historical advisor and appeared in the documentary Boss: The Black Experience in Business, which premiered on PBS in April 2019. More recently, in June 2021, Dr. Weems was the keynote speaker at a program sponsored by the regional banks of the U.S. Federal Reserve entitled “Racism and the Economy: Focus on Entrepreneurship.”

During his tenure in Wichita, Weems has coordinated the “Wichita African American Business History Project,” where he gathered information related to the history of local African American entrepreneurship. In September 2017, Professor Weems donated the audio interviews, transcripts, and documentary materials he generated from this project to Wichita State University Libraries Special Collections.

While in Wichita, Dr. Weems has also served in a wide variety of community­ based activities, including serving on the Board of Directors of the Heartland Wichita Black Chamber of Commerce. In this capacity, Dr. Weems established and coordinates the organization’s “Wichita Black Business Hall of Fame” initiative.

Based upon his professional track-record, Dr. Weems has received a variety of awards and honors. Recent ones include the 2017 “H.N. Sims Excellence in Education Award” given by the Wichita branch of the NAACP.

Sometime in 2013, the African American consumer market exceeded the trillion dollar mark for the first time.  To put this figure in perspective, that market is larger than the market for the entire nation of Spain.  In the article below business historian Robert Weems briefly … END_OF_DOCUMENT_TOKEN_TO_BE_REPLACED