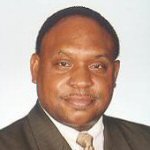 Robert V. Ward Jr., Dean of the Southern New England School of Law in North Dartmouth, Massachusetts, since July 1999, has been involved in legal education since September, 1978.  Professor Ward who holds a B.S. from Northeastern University and a J.D. from Suffolk University School of Law, both in Boston.  In 1982 he joined the faculty at New England School of Law where he taught Evidence, Criminal Law, Criminal Procedure, Prisoner’s Rights, and seminars on Race and the Law and Anatomy of a Homicide..  Professor Ward also served as the Director of the Charles Hamilton Houston Enrichment program, an academic achievement program designed to increase the number of people of color practicing law.  He has been a visiting professor at Northeastern University College of Law and at the University of Idaho College of Law and an adjunct faculty member at Suffolk University School of Law.

Presently, Dean Ward co-chairs the Massachusetts’ Trial Courts, Access and Fairness Advisory Board.  In January of 2001 he was appointed to serve as a Trustee for the Massachusetts Bar Foundation which distributes funds to agencies within the Commonwealth that provide legal services to the needy.  In the past he has served on the Executive Committee of the Association of American Law Schools (AALS) Section on Academic Support Programs and is currently a member of the American Academy for Judicial Education.  Professor Ward formerly served on the Judicial Nominating Council, which assists in the selection of judges, and served as Chairperson of the Massachusetts Victim and Witness Assistance Board and as Chief of the Victim Compensation and Assistance Division of the Massachusetts Attorney General’s Office.  He was an Assistant District Attorney for Suffolk County, Massachusetts from 1979 to 1982 and a special Assistant District Attorney there from 1987 to 1988.

Dean Ward’s publications include: "Consensual Searches, The Fairytale That Became A Nightmare: Fargo Lessons Concerning Police Initiated Encounters," Touro Law Review 15:2 (Winter 1999); Review of Privilege Revealed, by Stephanie M. Wildman With Contributions By Margalynne Armstrong, Adrienne D. Davis and Trina Grillo, Cleveland State Law Review 45:2 (1997); and "Race Relations and Conflicts in the United States Hate Crimes," Gonzaga Law Review 32:3 (1996/97).  He has also published several articles in professional journals, most recently, "Consensual Searches,"  36 Howard Law Journal. Dean Ward is a frequent contributor to the editorial pages of the Boston Globe and the Boston Herald and has recently been appointed to the Editorial Board of Massachusetts Lawyers Weekly.

Since J. Clay Smith’s publication of Emancipation: The Making of the Black Lawyer, it has been taken as gospel that Boston resident Macon Allen in 1844 became was the first African-American admitted to the bar to practice law in the United States.  Recently, as part … END_OF_DOCUMENT_TOKEN_TO_BE_REPLACED