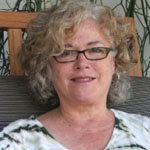 Dr. Mayme Clayton was born in Arkansas and transplanted to California, where she served as law librarian at University of California at Los Angeles (UCLA), beginning in 1957. In 1969 she helped put together the university’s African American Studies Center Library. But her most astounding … END_OF_DOCUMENT_TOKEN_TO_BE_REPLACED