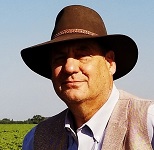 The Second Baptist Church, Bismarck, North Dakota, organized in 1917 to serve the African American residents of the city, including some who had previously attended the predominantly white First Methodist Episcopal Church. The immediate impetus for organization of Second Baptist came from a series of … END_OF_DOCUMENT_TOKEN_TO_BE_REPLACED