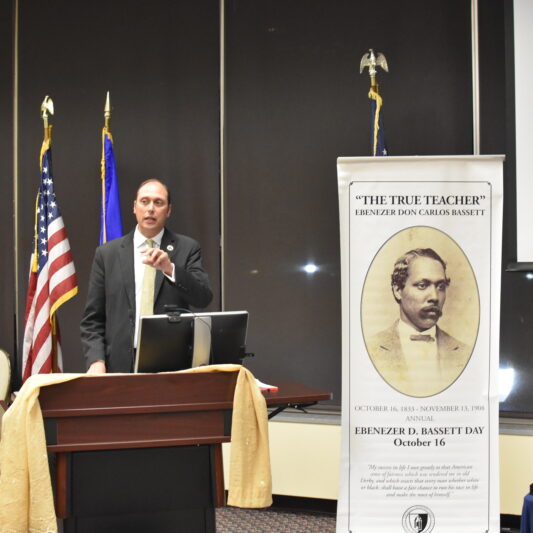 Christopher Teal is the GW Visiting State Department Public Diplomacy Fellow for the 2022-2024 academic years.  With the State Department since 1999, Chris is a career member of the Senior Foreign Service.

Previously he was the director of the State Department’s Career Development and Assignments Mid-Level Division, heading up a 35-member team in charge of global diplomatic assignments for Mid-Level Foreign Service Officers, some 9,000 officials in total.

Prior to that, Chris was awarded the Una Chapman Cox Fellowship, where he directed, wrote, and produced a documentary on the first African American diplomat, Ebenezer D. Bassett.  The film, A Diplomat of Consequence, tells the story of this groundbreaking diplomat 150 years after his appointment.

Before joining the Foreign Service, Chris worked with award-winning journalist Juan Williams on their biography Thurgood Marshall: American Revolutionary about the former U.S. Supreme Court Justice. Published In 1998, The New York Times listed it among its most notable nonfiction works of the year.  Chris also wrote a biography about Ebenezer Bassett, entitled Hero of Hispaniola, published in 2008.

Chris has a B.A. from the University of Arkansas and an M.A. from George Washington University’s Columbian College, where he graduated in 1997.