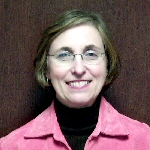 Shanna Stevenson holds a B.A. History and Education, Gonzaga University, 1971, Masters of Public Administration, The Evergreen State College, 1986. Since 1986 she has worked as the Assistant and Historic Preservation Officer for Olympia, Tumwater, and Thurston County. She is the author of several local history publications including: Olympia, Lacey and Tumwater: A Pictorial History, The Donning Company, Norfolk, Va: 1985, revised edition, 1996 and a contributor to The River Remembers: A History of Tumwater, 1845-1995, Donning, 1995. She was the recipient of the Washington State Capital Museum Peace and Friendship Award in 1993; the Robert Gray Award from Washington State Historical Society in 2002; and the Washington State Daughters of the American Revolution Historic Preservation Award, 2003.

Rebecca Howard, an outstanding hotelier and cook, was one of Olympia, Washington‘s earliest businesswomen. Born in 1827 in Philadelphia, Pennsylvania, Rebecca Groundage married Alexander Howard, a local cooper, in New Bedford, Massachusetts in 1843. By 1859 Rebecca and her husband had moved to Olympia and … END_OF_DOCUMENT_TOKEN_TO_BE_REPLACED

As one of the earliest permanent American settlers on Puget Sound in 1845, George Bush played a vital role in the beginnings of Washington Territory. Bush’s story is even more remarkable because he was a man of mixed race who overcame prejudice and discrimination to … END_OF_DOCUMENT_TOKEN_TO_BE_REPLACED