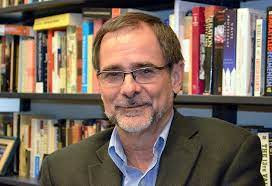 Dale Soden is professor emeritus of history at Whitworth University in Spokane, Washington.  He earned his undergraduate degree in history from Pacific Lutheran University and his M.A. and Ph.D. in American Intellectual History from the University of Washington.  Soden has published widely on various subjects related to the history of the Pacific Northwest and American religious history.  He has authored The Reverend Mark Matthews: An Activist in the Progressive Era (University of Washington Press, 2001), Historic Photos of Washington State (Turner Publishing, 2008), and Outsiders in a Promised Land:  Religious Activists in Pacific Northwest History (Oregon State University Press, 2015).  In 2020, the Washington State Historical Society selected him for the Robert Gray Award, the society’s highest award for contributions to Pacific Northwest history.

The Seattle chapter of the Congress of Racial Equality (CORE) emerged as one of the most significant grass roots organizations in the fight for civil rights in the Pacific Northwest.  Established in 1961, the Seattle chapter embodied the non-violent principles of the national organization which … END_OF_DOCUMENT_TOKEN_TO_BE_REPLACED

Tacoma, Washington labor leader Ernest Charles Tanner (Ernie) was born in Indianapolis, Indiana on June 5, 1889. His father was a trapeze performer, and his mother a nurse. Moving to Tacoma with his family in 1900, Ernie Tanner attended Stadium High School where he emerged … END_OF_DOCUMENT_TOKEN_TO_BE_REPLACED

Donald Gayton Phelps was a remarkable educator who broke new ground for African Americans in the Pacific Northwest and across the country.  He was best known for his keen intellect, powerful voice, and gracious spirit as he served as a role model, mentor, and social … END_OF_DOCUMENT_TOKEN_TO_BE_REPLACED