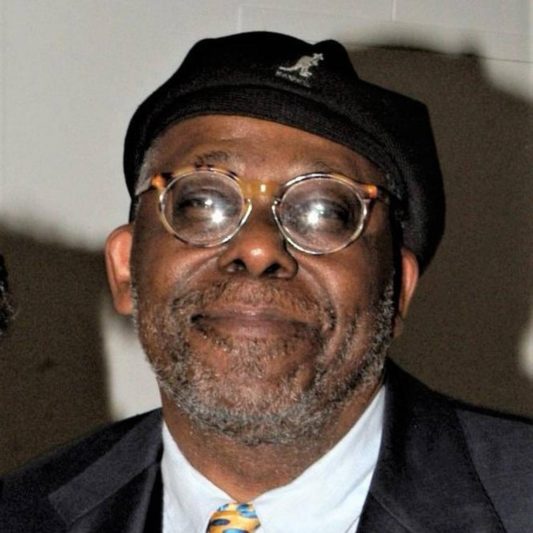 Dr. Simba is the author of Black Marxism and American Constitutionalism: An Interpretive History from Colonial Background to the Great Depression (2010).  He has contributed numerous entries in the Encyclopedia of African History, Historical Encyclopedia of World Slavery, W. E. B. Du Bois Encyclopedia, Malcolm X Encyclopedia, African American Encyclopedia, and the Historical Dictionary of Civil Rights. Additionally, Dr. Simba has published the definitive analysis of race and law using critical legal theory in his “Gong Lum v. Rice: The Convergence of Law, Race, and Ethnicity” in American Mosaic. His essay, “Joel Augustus Rogers: Negro Historians in History, Time, and Space,” appeared in Afro-American in New York Life and History 30:2 (July 2006) as part of a Special Issue: “Street Scholars and Stepladder Radicals-A Harlem Tradition,” Guest Editor, Ralph L. Crowder.  The essays on Rogers contributes to our knowledge of street scholars or historians without portfolios. Dr. Simba’s other published works include book reviews in the Chicago Tribune, Focus on Law Studies, and the Journal of Southwest Georgia History.

Maurice Bishop, revolutionary and Grenadian Prime Minister, was born in Dutch Aruba May 29, 1944 to Grenadian parents Rupert and Alimenta Bishop. The family moved to Grenada in 1950 to benefit from the economic prosperity of the time, and there Bishop grew up, excelling in … END_OF_DOCUMENT_TOKEN_TO_BE_REPLACED

Charles Spurgeon Johnson, one of the leading 20th Century black sociologists, was born in Bristol, Virginia on July 24, 1893. After receiving his B.A. from Virginia Union University in Richmond, he studied sociology with the noted sociologist Robert E. Park at the University of Chicago, … END_OF_DOCUMENT_TOKEN_TO_BE_REPLACED

John Hope Franklin, one of the nation’s leading historians, is the only African American who has served as president of both the American Historical Association (AHA) and the Organization of American Historians (OAH). Franklin was born in Rentiesville, Oklahoma on January 2, 1915 to parents … END_OF_DOCUMENT_TOKEN_TO_BE_REPLACED

In the following account California State University, Fresno history professor Malik Simba summarizes the 2008 presidential campaign of Illinois Senator Barack Obama.  Professor Simba reminds us of the many challenges faced by the campaign as well as the daring and innovative strategies it successfully employed … END_OF_DOCUMENT_TOKEN_TO_BE_REPLACED

Clarence Thomas, the second African American to sit on the U.S. Supreme Court, was born in Pin Point, Georgia, a small community south of Savannah.  His mother, Leola Williams, a single parent, raised Thomas until he was seven.  He and his brother, Myers, were sent … END_OF_DOCUMENT_TOKEN_TO_BE_REPLACED

Frederick Douglass was born into Maryland slavery in 1817 to a slave mother and a slave master father. Young Douglass toiled on a rural plantation and later in Baltimore’s shipyards as a caulker. Douglass, however, learned to read and soon sought out abolitionist literature that … END_OF_DOCUMENT_TOKEN_TO_BE_REPLACED

Malcolm X, one of the most influential African American leaders of the 20th Century, was born Malcolm Little in Omaha, Nebraska on May 19, 1925 to Earl Little, a Georgia native and itinerant Baptist preacher, and Louise Norton Little who was born in the West … END_OF_DOCUMENT_TOKEN_TO_BE_REPLACED