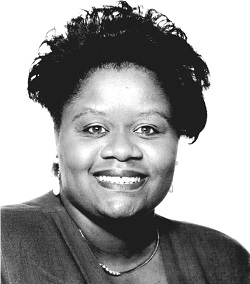 Sandra’s genealogical journey began in 1985 after hearing interesting and colorful childhood stories from her father about ancestral family members. Upon her first trip to the National Archives & Records in Seattle, Sandra discovered their workshops on family research, and began attending them. After equipping herself with genealogical knowledge from these workshops, Sandra created and conducted her own workshops for genealogical conferences in Bellevue, Washington, Phoenix, Arizona, and Sacramento, California. She has researched both paternal and maternal family history and discovered a maternal Black ancestor who served as Secretary of State in Mississippi in 1870. Sandra has also created and coordinates a genealogy research group at her place of employment.

In her other interests, Sandra started “Undercover Blues,” a blues band where she was the lead singer. Sandra has written, produced, and debuted two a capella musical plays entitled “Skeletons in the Closet” (November 2016) and “Let No Unwholesome Talk” (November 2019). Her current writing projects include a book of poetry and a novel about a domestic violence survivor titled I DID Survive.

Best known for his role as President of the Pacific Northwest Black Community Festival, Michael Leroy Taylor spent most of his life working and volunteering in the two communities he lived in: Monroe, Michigan, and Seattle, Washington. Born in Monroe, Michigan on June 26, 1950, … END_OF_DOCUMENT_TOKEN_TO_BE_REPLACED