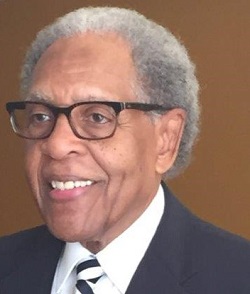 He has served on numerous Educational Association editorial and administrative boards and has  been the recipient of several awards and honors including the Black Alumnus of the Year Award from the Black Alumni  Club of the California Alumni Association (1992) and Resolutions from the State of California Assembly and Senate (1989). He was also a principal reviewer of the content narratives and films for the original conceptualization of the San Francisco Museum of the African Diaspora (2005). His publications include Educational Administration and Policy: Effective Leadership for American Education (Co-author with James W. Guthrie); Restructuring Public Schooling: Europe, Canada, America (Co-Editor) and A Grand Journey: The History of Sigma Pi Phi Fraternity, 1904-2010.