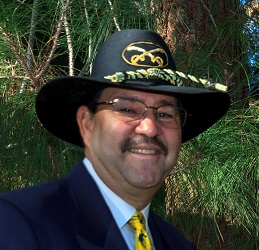 Robert V. (Bobby) McDonald is an effective community and business leader, with accomplished sales and marketing skills. He is a notable speaker, author and historian and a life member of Alpha Phi Alpha Fraternity, Inc.

He serves as President and Executive director of the Black Chamber of Commerce of Orange County. Under his leadership the Black Chamber has consistently partnered with minority business associations, local chambers and legislators to provide support and advocate for the county’s many small-business owners.

McDonald developed the chamber’s educational outreach programs and has established the chamber’s veteran’s business network programs. Through a partnership with Explorer Studios, two award-winning educational films have been produced: Building the Dream and History of the Buffalo Soldiers. McDonald is now a member of the PBS So Cal Board of Trustees, where he has assisted with historic African American PBS presentations such as The March at 50 and African Americans, Many Rivers To Cross.

McDonald and Michael Hurd partnered to produce and publish Hurd’s Black College Football, 100 Years of History, Education and Pride in 1992. McDonald wrote the foreword and the Grambling section of the book.

McDonald is also a U.S. Navy Vietnam Veteran, a member of the 9th and 10th (Horse) Calvary Association-Buffalo Soldiers, a former Student Body President at Los Angeles Harbor College and he served as a governor’s appointee to the California Cultural Historical Endowment Board and the 17-member State Board of Governors of the California Community College System where he created and chaired the Board’s Veteran’s Affairs Committee. He was recently re-appointed to the Orange County Veterans Advisory Council, where he is now chair of the council.

On July 28, 1866, the Thirty-Ninth Congress passed the Act to increase and fix the Military Peace Establishment of the United States; thus the federal government created six all-Colored Army Regiments. The units identified as the 9th and 10th Colored Cavalry Regiments and the 38th, … END_OF_DOCUMENT_TOKEN_TO_BE_REPLACED