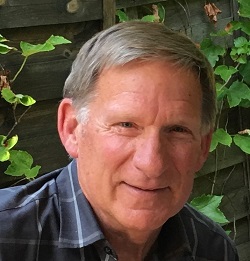 Nelson D. Neal, Ed.D. is a retired Professor of Dance. He has 42 publications and 78 presentations nationally and internationally. He was one of 25 faculty nationwide to be awarded a National Endowment for Humanities Fellowship to study the Black Tradition in American Modern Dance in 1991.

He was President of the National Dance Association, the Virginia Alliance for Arts Education, and the Board of Directors of Sarasota Contemporary Dance Company. He is the authority on the life and career of Hemsley Winfield and his performing company, The New Negro Art Theatre Dance Group.

In 1924, Edna Guy was the first African American to study professional dance with Ruth St. Denis and Ted Shawn. Guy loved dance and wanted to perform like Ruth St. Denis. She saw St. Denis dance in concert and met her backstage after writing a … END_OF_DOCUMENT_TOKEN_TO_BE_REPLACED