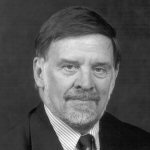 Gary B. Nash is professor emeritus in the Department of History at the University of California, Los Angeles (UCLA) and Director of the National Center for History in the Schools.  He has published widely in Colonial and Revolutionary American History, with special interests in African Americans, Native Americans, and ordinary people.  He served as president of the Organization of American Historians in 1994-95 and is an elected member of the American Philosophical Society, the American Academy of Arts and Sciences, the Society of American Historians, and the American Antiquarian Society.  His latest books are The Unknown American Revolution: The Unruly Birth of Democracy and the Struggle to Create America (2005), and The Forgotten Fifth:  African Americans in  the Age of Revolution (2006).

In the following article, Dr. Gary B. Nash, Director, National Center for History in the Schools and Professor Emeritus of History at the University of California, Los Angeles, describes his new book, Forbidden Love: The Hidden History of Mixed-Race America.  His book provides a counter … END_OF_DOCUMENT_TOKEN_TO_BE_REPLACED

In the following article, University of California at Los Angeles historian Gary B. Nash describes little-known Revolutionary War soldier who was attached by General George Washington to serve with Polish military engineer Tadeuz Kosciuszko. This account is part of a larger history of three individuals, … END_OF_DOCUMENT_TOKEN_TO_BE_REPLACED