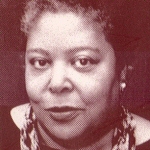 She is also the author of numerous journal articles and essays including: ”No Cold Weather to Grapple With: African American Expectations of California, 1900-1950,” Journal of the West, vol. 44, no. 2, Spring 2005 and “`Her Husband Didn’t Have a Word to Say’: Black Women and Blues Clubs in Richmond, California During WWII,” in Monroe and Wilma Billington, eds., African Americans in the Early Twentieth Century West, (Westport, Conn.: Greenwood Press, 2007).

Dr. Regina Marcia Benjamin, President Barack Obama’s nominee for Surgeon General of the United States, is an accomplished physician whose professional and personal  roots are planted deeply in rural America. Dr. Benjamin was nominated for the post by the President on July 13, 2009 and … END_OF_DOCUMENT_TOKEN_TO_BE_REPLACED

Dr. Ruth Janetta Temple was born in Natchez, Mississippi in 1892. After her father’s death, the Temple family moved to Los Angeles, California in 1904 where her mother worked as a practical nurse and Ruth cared for her five siblings.  Temple’s interest in medicine surfaced … END_OF_DOCUMENT_TOKEN_TO_BE_REPLACED

Madame Sul-Te-Wan was born on September 12, 1873 as Nellie Conley in Louisville, Kentucky where her widowed mother worked as a laundress.  Madame Sul-Te-Wan was a pioneering stage and film actress who became one of the most prominent black performers in Hollywood during the silent … END_OF_DOCUMENT_TOKEN_TO_BE_REPLACED

In 1938 Frances Mary Albrier became the first woman elected to the Alameda County Democratic Central Committee.  She also founded the East Bay Women’s Welfare Club whose goal was to get black teachers hired in the Berkeley schools.  This campaign saw success with the hiring … END_OF_DOCUMENT_TOKEN_TO_BE_REPLACED

The Fannie Jackson Coppin Club was established in 1899 by members of the Beth Eden Baptist Church, one of Oakland, California’s oldest African American religious institutions (est. 1889).  The club was named in honor of Fannie Jackson Coppin (1837-1913) who was born a slave in … END_OF_DOCUMENT_TOKEN_TO_BE_REPLACED