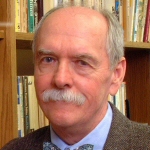 James C. Mohr is College of Arts and Sciences Distinguished Professor of History and Philip H. Knight Professor of Social Sciences, Emeritus, at the University of Oregon. Before going to Oregon, he taught more than twenty years at the University of Maryland Baltimore County, and has been a visiting professor at Stanford University and the University of Virginia. His seven major books and dozens of articles address subjects ranging from the Civil War and Reconstruction through nineteenth-century American medico-legal policy, medical licensing, and public health crises. Winner of the Throne-Aldrich Prize and the Oregon Book Award, he has also received Guggenheim, NEH, and Rockefeller-Ford fellowships. He has served on several editorial boards, including that of the Journal of Negro History (1972-1974), and he has testified twice before the Judiciary Committee of the United States Senate on the history of reproductive rights.

Born on the Eastern Shore of Virginia on March 7, 1890, William Sherman Savage was forced to withdraw from primary school at age 11 to help his family in the fields, but he never gave up his dream of attaining a full education.  Finally finishing … END_OF_DOCUMENT_TOKEN_TO_BE_REPLACED

Fisk University Franklin Library’s Special Collections A[lrutheus] A[mbush] Taylor, historian, was born in Washington D.C. where he also went through the public school system. He earned a B.A. degree from the University of Michigan in 1916 and taught at the Tuskegee Institute (now Tuskegee University) … END_OF_DOCUMENT_TOKEN_TO_BE_REPLACED

Wilfred Augustus Low — or “Gus,” as he was universally known to friends and colleagues — was born to a sharecropping family in the Delta country of Mississippi on May 17, 1916. When Low was a teenager, his family relocated to St. Louis, Missouri, which … END_OF_DOCUMENT_TOKEN_TO_BE_REPLACED

Historian and anthropologist, William Leo Hansberry began his college education at Atlanta University, but (at the urging of W.E.B. DuBois) he transferred to Harvard in 1917. Based on his reading of classical texts and his study of archeological evidence, Hansberry became convinced as an undergraduate … END_OF_DOCUMENT_TOKEN_TO_BE_REPLACED

Noted historian, scholar, and educator Benjamin Author Quarles was born in Boston, Massachusetts on January 23, 1904.  His father Arthur Benedict Quarles was a subway porter, and his mother Margaret O’Brien Quarles was a homemaker. In his twenties, Quarles enrolled at Shaw University in Raleigh, … END_OF_DOCUMENT_TOKEN_TO_BE_REPLACED