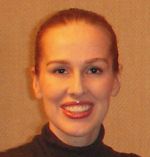 Melissa Milewski is a lecturer in History and American Studies at the University of Sussex in England. Her work examines race and the law in U.S. History. Her book Litigating Across the Color Line: Civil Cases Between Black and White Southerners from the End of Slavery to Civil Rights was published by Oxford University Press in November 2017. Follow her on Twitter @MilewskiMelissa and learn more about her research and find teaching materials related to her book at https://www.melissamilewski.com/.

Most historians have considered the period between 1877, the end of Reconstruction, and 1900 to be “The Nadir” or the low point in terms of African American political rights.  Some have even described it as the worst period for blacks since emancipation.  Historian Melissa Milewski … END_OF_DOCUMENT_TOKEN_TO_BE_REPLACED

In the following article Melissa Milewski, a graduate student in history at New York University, describes her research which has uncovered the surprising success of African American litigants in court cases in the post-Civil War South. As slaves, black southerners were treated only as property … END_OF_DOCUMENT_TOKEN_TO_BE_REPLACED