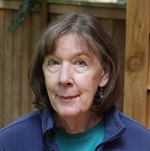 Melanie M. Austin currently works as a freelance editor in Edmonds, Washington. A native of Seattle, she came of age during the late 1960s. The assassination of Martin Luther King, race riots, anti-war rallies and sit-ins, and the emergence of the Black Panthers as a political force contributed to her dawning realization that blacks were treated as second-class citizens, despite their important cultural, military, and economic contributions. She earned her B.A. in English from Western Washington University in 1976, and went on to earn a M.A. at University of Idaho and a Ph.D. at Washington State University, where she later taught courses in English and Humanities. She has published stories, essays, and book reviews in addition to helping local writers bring their stories to light.

Eugene Moszee was a civil rights activist in Seattle during the 1940s. Born in Floresville, Texas, in 1914, the first of ten children of illiterate farm laborers, Moszee moved to Seattle during the 1930s and by 1937 owned and operated his own Mobile gas station … END_OF_DOCUMENT_TOKEN_TO_BE_REPLACED