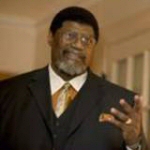 He is the author of C.L.R. James’s Notes on Dialectics: Left Hegelianism or Marxism-Leninism (Lexington Books 2005) and several monographs, reports, booklets and articles in noted anthologies. He has published widely in a number of journals including Afro-Americans in New York Life and History, Journal of Speculative Philosophy, Socialism and Democracy, The AME Church Review, Explorations in Ethnic Studies, Sage Race Relations Abstracts, Freedomways, American Philosophical Association Newsletter on Philosophy and the Black Experience, and Ethnic Studies Review among others. He is currently the Editor of the American Philosophical Association Newsletter Philosophy and the Black Experience, he serves on the Editorial Advisory Board of the journal Cultural Logic and is an Ex Officio Member of the Committee on Blacks in Philosophy—American Philosophical Association. McClendon has lectured widely throughout the country and abroad including in Toulouse, France and at the University of Havana in Cuba. Most recently this year, he was the keynote speaker for Black History Month at Mississippi State University, the Charles Phelps Taft lecturer for the 35th anniversary of the African-American Studies Department at the University of Cincinnati and served as a faculty member for the Schomburg-Mellon Humanities Summer Institute.

Sports historian, educator, administrator, coach, athlete, and civil rights activist, Dr. Edwin Bancroft Henderson was a pioneer promoter of African American involvement in sports and physical education. Edwin, the son of William and Louisa Henderson, was born on November 24, 1883.  His father was a … END_OF_DOCUMENT_TOKEN_TO_BE_REPLACED

With the birth name of Claudia Cumberbatch, Claudia Jones was born on February 21, 1915 in Port-of-Spain, Trinidad. Her family migrated to the United States in 1924 and became residents of Harlem, New York. Claudia’s mother was a garment worker and due to the effects … END_OF_DOCUMENT_TOKEN_TO_BE_REPLACED

Although Lucy Parsons was one of the first and most important African American activists on the left, there is scanty historical documentation about her origins. It is believed that Lucy Parsons was born on a plantation in Hill County, Texas around March of 1853. Significantly … END_OF_DOCUMENT_TOKEN_TO_BE_REPLACED

African American philosopher Richard I. McKinney was born on August 8, 1906 in Live Oak, Florida on the college campus of Farmer Institute (later named Florida Memorial College). The son of educators, he graduated from Morehouse College in 1931 with a major in philosophy and … END_OF_DOCUMENT_TOKEN_TO_BE_REPLACED

African American philosopher Charles Leander Hill was born on July 28 1906 in Urbana Ohio. Hill was one of seven children born to David Leander and Karen (Andrews) Hill. Well respected in the Urbana community, the family lived on a street which was named after … END_OF_DOCUMENT_TOKEN_TO_BE_REPLACED

Forrest Oran Wiggins was born in 1907 to Charles and Cora Cosby Wiggins. A native of Vincennes, Indiana, Wiggins attended public schools in Vincennes and Indianapolis. In 1928 Wiggins received his B.A. from Butler University and in the following year earned a certificate in French … END_OF_DOCUMENT_TOKEN_TO_BE_REPLACED

Charles L. Reason was born on July 21, 1818 in New York City. His parents, Michiel and Elizabeth Reason, were immigrants from Haiti who arrived in the United States shortly after the Haitian Revolution of 1793. His parents emphasized the importance of education, and very … END_OF_DOCUMENT_TOKEN_TO_BE_REPLACED