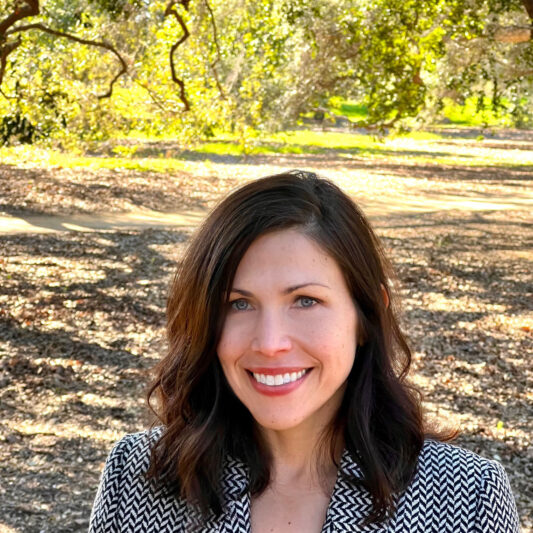 Maria L. Quintana is a historian of U.S. and Latin American History with specialization in race and empire, civil rights and labor history, immigration history, and social movements. She is an Assistant Professor in the History Department at Sacramento State University. Her book, Contracting Freedom: Race, Empire, and U.S. Labor Importation Programs, 1942-1964 (Philadelphia: University of Pennsylvania Press, 2022) interprets U.S. guestworker labor importation and the Mexican Bracero Program through a transborder and global history of labor rights and empire. In the book Professor Quintana investigates these government-sponsored programs as the unexplored consequence of the history of enslaved labor, Japanese American incarceration, the New Deal, the long Civil Rights Movement, and Caribbean de-colonization. In doing so, she advances an interpretation of guestworker programs that moves beyond national borders and U.S.-Mexico relations to understand and underscore their colonial roots and effects. Professor Quintana received her Ph.D. From the University of Washington in 2016, after which she was a Postdoctoral Associate at Yale University’s Center for the Study of Race, Indigeneity, and Transnational Migration. Her research has received numerous awards, including the Charlotte W. Newcombe Fellowship from the Institute for Citizens & Scholars.

Image Courtesy of Seattle University Gordon McHenry is a contemporary community leader in Seattle’s non-profit social services institutions. McHenry’s father, Gordon McHenry, was the first in his family to graduate from college and the first African American engineer promoted into management at the Boeing Company.  … END_OF_DOCUMENT_TOKEN_TO_BE_REPLACED

Influential educational leader Freeman A. Hrabowski III has occupied many roles in his life, as a child civil rights activist in the 1960s, as professor, as university president, as philanthropist, and as consultant.  He was born on August 13, 1950 in Birmingham, Alabama to parents … END_OF_DOCUMENT_TOKEN_TO_BE_REPLACED

Artist Jean Michel Basquiat was born on December 22, 1960 to a Puerto Rican mother, Matilde Andradas, and a Haitian father, Gérard Basquiat, who raised him in the Puerto Rican barrio of Park Slope in Brooklyn, New York. Fluent in English, Spanish, and French, Basquiat … END_OF_DOCUMENT_TOKEN_TO_BE_REPLACED

Godwin Ajala is remembered as a U.S. national hero who fought to save the lives of countless people as they escaped from the World Trade Center Towers on September 11, 2001. He is also the only Nigerian listed among the nearly 3,000 people who died … END_OF_DOCUMENT_TOKEN_TO_BE_REPLACED

Celia Cruz, the “Queen of Salsa,” was one of the most notable 20th Century ambassadors of Cuban culture. Cruz was born “Ursula Hilaria Celia Caridad Cruz Alfonso” to working-class parents in Havana, Cuba. Her father, Simon Cruz, was a railroad stoker, and her mother, Catalina … END_OF_DOCUMENT_TOKEN_TO_BE_REPLACED

Writer, teacher, and cultural critic bell hooks was born Gloria Jean Watkins on September 25, 1952, in Hopkinsville, Kentucky, to a working-class family.  Her father, Veodis Watkins, was a janitor for the local post office, and her mother, Rosa Bell Watkins, was a homemaker, raising … END_OF_DOCUMENT_TOKEN_TO_BE_REPLACED

The Ashanti Empire was a pre-colonial West African state that emerged in the 17th century in what is now Ghana.  The Ashanti or Asante were an ethnic subgroup of the Akan-speaking people, and were composed of small chiefdoms. The Ashanti established their state around Kumasi … END_OF_DOCUMENT_TOKEN_TO_BE_REPLACED

Islamic preacher, reformer, scholar, and statesman, Usman dan Fodio was born on December 15, 1754 in the village of Maratta, in the Hausa city-state of Gobir, in what is today northern Nigeria.  He was a descendant of the early Fulani settlers in Hausaland in the … END_OF_DOCUMENT_TOKEN_TO_BE_REPLACED

Educator, civil rights activist, writer, suffragist, and political organizer, Addie Waites Hunton was born in Norfolk, Virginia on June 11, 1866, to Jesse and Adeline Waites.  After her mother died when she was very young, she moved to Boston, Massachusetts to live with her maternal … END_OF_DOCUMENT_TOKEN_TO_BE_REPLACED