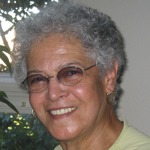 Jacqueline E. A. Lawson is a genealogist and is a Research Aide at the Pacific-Alaska Region, National Archives in Seattle.  She is a founder of the Black Heritage Society of Washington State, Inc.; a co-founder of the Black Genealogy Research Group of Seattle, and a member of the Washington State Pioneers Association.  Her publications have included:  The Harveys — Out of North Carolina (Bowie, Md.: Heritage Books, Inc., 2000); Let’s Take A Walk — A Tour of Seattle’s Central Area, As It Was Then (Seattle: Self-Published, Third Edition, 2005); An Index of African Americans Identified in Selected Records of the Bureau of Refugees Freedmen, and Abandoned Lands (Bowie, Md.: Heritage Books, Inc., 1995; The Black Heritage Society of Washington State, Inc. Twenty Years: A Chronology of Events 1977 to 1997 (Seattle: Self-Published, 1997); Camp George Jordan (Seattle: Self-Published, 2007).

Gilford P. Hervey was born enslaved, the third of 14 children of Cary M. and Rose Hervey in Halifax County, North Carolina, both of whom were owned by Gideon T. Hervey. Hervey served with Company F of the 59th United States Infantry (USCI) formerly 1st … END_OF_DOCUMENT_TOKEN_TO_BE_REPLACED

Camp George Jordan was a United States Army facility established in Seattle, Washington, during World War II.  It was generally known as a Black army camp, because it was segregated in such a way that the African Americans were housed on one side of the … END_OF_DOCUMENT_TOKEN_TO_BE_REPLACED

Born in Indianapolis, Indiana, in March 1860, Charles Henry Harvey was the youngest of nineteen children of Albert and Elsy (Brewer) Harvey.  Albert and Elsy were married on Valentine’s Day in 1839 in Halifax County, North Carolina, where their first child, Jesse, was born a … END_OF_DOCUMENT_TOKEN_TO_BE_REPLACED