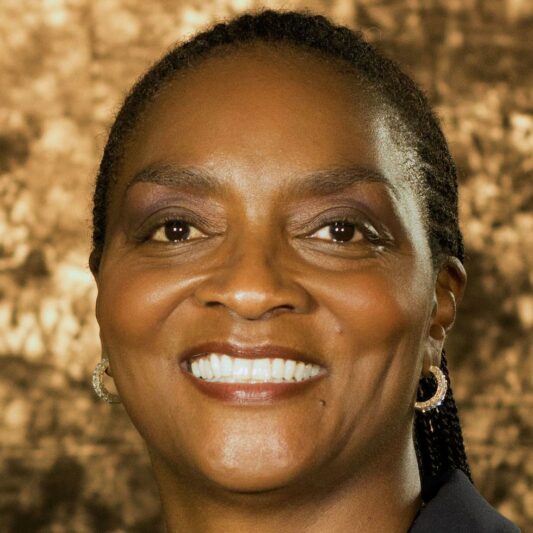 Dr. Gracie Lawson-Borders is Dean and Professor of the Cathy Hughes School of Communications at Howard University. She is the past President of the Association of Schools of Journalism and Mass Communication (ASJMC), and former member of the Board of Directors, the Association for Education in Journalism and Mass Communication (AEJMC). She is also a member of the Policy Board, Howard Journal of Communications; Editorial Board Member, the International Journal on Media Management, and Advisory Board Member, BlackPast.org at the University of Washington. In 2022 she received the Spirit of Diversity Award from the Journalism Institute for Media Diversity at Wayne State University; and in 2021 was an inductee into the Advancing Diversity Hall of Honors with MediaVillage. She has held offices in non-profit national organizations such as Habitat for Humanity.

Dr. Lawson-Borders is a former associate dean and professor in the College of Arts and Sciences/Department of Communication and Journalism at the University of Wyoming. She is also former Director of the African American and Diaspora Studies program at Wyoming; where she has taken students to Ghana as part of study abroad. Dr. Lawson-Borders won the Jason Thompson Commitment to Diversity award while at Wyoming. She also previously served as a faculty member at Kent State University and Southern Methodist University. She received her Ph.D. from Wayne State University, M.A. from Northwestern University and B.A. from Michigan State University. She a former journalist, who has worked as a reporter and editor at the Akron Beacon Journal, The Oakland Press and The Chicago Tribune.

Harriet Elizabeth “Liz” Byrd is a former educator, state representative, and state senator in Wyoming.  She was born on April 20, 1926 in Cheyenne to pioneer settlers Robert C. “Buck” and Sudie Smith Rhone. Her grandfather, Charles J. Rhone, arrived in Wyoming in 1876 and … END_OF_DOCUMENT_TOKEN_TO_BE_REPLACED

Lisa Perez Jackson, the first African American Administrator of the U.S. Environmental Protection Agency (EPA), brings a wealth of experience to that agency. A scientist by profession, she has spent more than 20 years working as an advocate for the better use and awareness of … END_OF_DOCUMENT_TOKEN_TO_BE_REPLACED

Abe Morris can stake his claim in rodeo history as a former champion bull rider. Morris is a 1980 graduate of the University of Wyoming (UW) with a bachelor’s degree in business management. He spent nearly 25 years riding bulls on the college and professional … END_OF_DOCUMENT_TOKEN_TO_BE_REPLACED